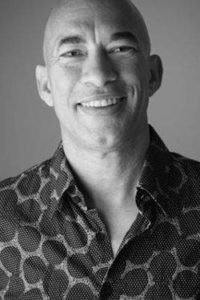 Cyrus Cassells is a 2019 Guggenheim Fellow who has won the National Poetry Series, a Lambda Literary Award, a Lannan Literary Award, two NEA grants, a Pushcart Prize, and the William Carlos Williams Award. His 2018 book, “The Gospel According to Wild Indigo,” was a finalist for the NAACP Image Award and the Balcones Prize. “Still Life with Children: Selected Poems of Francesc Parcerisas,” translated from the Catalan, was awarded the Texas Institute of Letters’ Soeurette Diehl Fraser Award for Best Translated Book of 2018 and 2019. He was nominated for the 2019 Pulitzer Prize in Criticism for his film and television reviews in The Washington Spectator. His seventh book, “More Than Watchmen at Daybreak,” a lyric cycle about his stay in a Benedictine desert monastery in northern New Mexico, was published by Nine Mile Books in April 2020. His twin eighth and ninth books, “The World That the Shooter Left Us” and “Is There Room for Another Horse on Your Horse Ranch?” (a finalist for the 2019 National Poetry Series) will be published by Four Way Books in early 2022 and 2024. He is a tenured full professor of English at Texas State University.
Amy Leach: Nov. 6, 2019 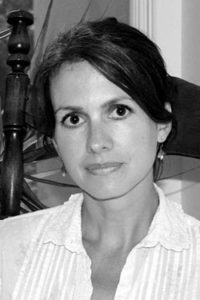 Amy Leach is the author of “Things That Are.” Her work has appeared in numerous literary journals and reviews, including “A Public Space,” “Ecotone,” “Tin House,” and “Orion,” in addition to “Best American Essays” and “Best American Science and Nature Writing.” A graduate of the University of Iowa’s Master of Fine Arts program in creative nonfiction, she has been recognized with the Nautilus Book Award, a Whiting Writers’ Award, and a Rona Jaffe Foundation Award. She’s a bluegrass musician, plays the piano, teaches English, and lives in Bozeman, Montana.

Matt Bell: Oct. 1, 2019
Matt Bell is the author of the novels “Scrapper” and “In the House Upon the Dirt Between the Lake and the Woods,” as well as the short story collection “A Tree or a Person or a Wall,” a nonfiction book about the classic video game “Baldur’s Gate II,” and several other titles. His writing has appeared in The New York Times, Tin House, Conjunctions, Fairy Tale Review, American Short Fiction, and many other publications. A native of Michigan, he teaches in the Creative Writing Program at Arizona State University. 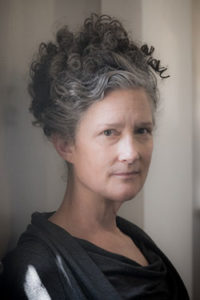 Carrie Brown is the author of seven novels — “Rose’s Garden,” “Lamb in Love,” “The Hatbox Baby,” “Confinement,” “The Rope Walk,” “The Last First Day,” and “The Stargazer’s Sister” — as well as a collection of short stories, “The House on Belle Isle.” Her short stories and essays have appeared in a wide variety of literary journals, including the Southern Review, Glimmer Train, Tin House, the Oxford American and the Georgia Review.

Born in Connecticut in 1959, and a graduate of Brown University and the University of Virginia, Brown has been the recipient of numerous awards and fellowships, including a National Endowment for the Arts fellowship, the Barnes & Noble Discover Award for her first novel, Rose’s Garden, the Janet Heidinger Kafka Prize for work by an American woman writer, the Great Lakes Book Award, and, twice, the Library of Virginia Award for the best work of fiction by a Virginia author. Her books have been chosen as community reads books in Iowa and Virginia, and her work has been translated into several languages. She has read and lectured at colleges, universities, and bookstores across the country. She has taught creative writing for many years, including at Hollins University, where she was the Distinguished Visiting Professor of Creative Writing, the University of North Carolina-Greensboro, Deerfield Academy in Massachusetts, where she was the Wilson Fellow, and, for most of her teaching career, at Sweet Briar College, where she and her husband, the novelist John Gregory Brown, make their home and where she is now the Margaret Banister Writer-in-Residence. 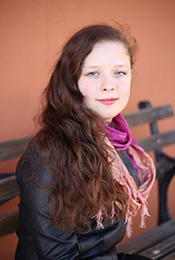 Molly McCully Brown is the author of The Virginia State Colony For Epileptics and Feebleminded (Persea Books, 2017), which won the 2016 Lexi Rudnitsky First Book Prize. Raised in rural Virginia, she is a graduate of Bard College at Simon’s Rock, Stanford University, and the University of Mississippi, where she received her MFA in poetry. Her poems and essays have appeared or are forthcoming in Gulf Coast, Ninth Letter, Pleiades, Kenyon Review, Image, Colorado Review, TriQuarterly Online, The Rumpus, Meridian, and elsewhere. She’s been the recipient of fellowships and scholarships from the Civitella Ranieri foundation, the Sewanee Writers’ Conference, and the University of Mississippi, where she was a John and Renée Grisham fellow. She is the 2017-2018 Jeff Baskin Writers Fellow at The Oxford American magazine, where she is at work on a collection of essays about disability, poetry, religion, and the American South that explores the relationship between the body and that intangible other we sometimes call the soul. In January, Molly was named a 2018 United States Artists Fellow. USA Fellows receive “an unrestricted $50,000 award and recognition as one of America’s most accomplished and innovative artists.”
https://mollymccullybrown.com
http://www.unitedstatesartists.org/award/ 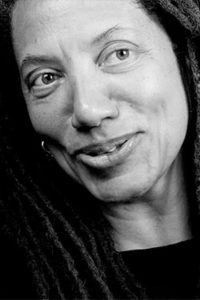 Nikky Finney was born in South Carolina, within listening distance of the sea. A child of activists, she came of age during the civil rights and Black Arts Movements. At Talladega College, nurtured by Hale Woodruff’s Amistad murals, Finney began to understand the powerful synergy between art and history. Finney has authored four books of poetry: “Head Off & Split,” “The World Is Round,” “Rice,” and “On Wings Made of Gauze.” 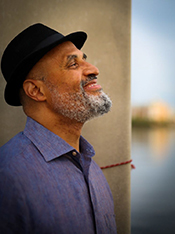 Poet Tim Seibles was born and raised in Philadelphia. He earned a BA at Southern Methodist University and an MFA at Vermont College of Norwich University. Seibles approaches themes of racial tension, class conflict, and intimacy from several directions at once in poems with plainspoken yet fast-turning language. Seibles is the author of several collections of poetry, including Body Moves (1988), Hurdy-Gurdy (1992), Hammerlock (1999), Buffalo Head Solos (2004), and Fast Animal (2012), which won the Theodore Roethke Memorial Poetry Prize and was nominated for a 2012 National Book Award.

Rajia Hassib was born in Egypt and moved to the United States when she was twenty-three. Her debut novel In the Language of Miracles was a 2015 New York Times Book Review Editors’ Choice. Her writing appears in The New York Times Book Review, The New Yorker online, Upstreet, Border Crossing and other magazines. She holds an MA in creative writing from Marshall University and lives in Charleston, West Virginia, with her husband and two children. For more information, please visit her website http://www.rajiahassib.com.

Joy Harjo’s eight books of poetry include Conflict Resolution for Holy Beings, How We Became Human: New and Selected Poems, and She Had Some Horses. Harjo’s memoir Crazy Brave won several awards, including the PEN USA Literary Award for Creative Non-Fiction and the American Book Award. She is the recipient of the 2015 Wallace Stevens Award from the Academy of American Poets for proven mastery in the art of poetry; a Guggenheim Fellowship, the William Carlos Williams Award from the Poetry Society of America, and the United States Artist Fellowship. In 2014 she was inducted into the Oklahoma Hall of Fame.

A renowned musician, Harjo performs with hr saxophone nationally and internationally, solo and with her band, the Arrow Dynamics. She has five award-winning CDs of music including the award-winning album Red Dreams, A Trail Beyond Tears and Winding Through the Milky Way, which won a Native American Music Award for Best Female Artist of the Year in 2009. She is Professor of English and American Indian Studies at the University of Illinois at Urbana-Champaign and lives in Tulsa, Oklahoma.

Lauren K. Alleyne hails from the twin-island nation of Trinidad and Tobago. She holds an MFA in Poetry and a graduate certificate in Feminist, Gender, and Sexuality Studies from Cornell University. Her fiction, poetry, and nonfiction have been widely published in journals and anthologies, including Black Arts Quarterly, Women’s Studies Quarterly, The Caribbean Writer, The Crab Orchard Review, Belleview Literary Review, The Banyan Review, among others.

A Cave Canem graduate, her work has been awarded numerous prizes, including the 2010 Small Axe Literary Prize, a 2012 Lyrical Iowa Award, an Atlantic Monthly Student Poetry Prize, an International Publication Prize from The Atlanta Review, and honorable mention in the 2009 Reginald Shepherd Memorial Poetry Prize and the 2010 Cave Canem Poetry Prize. She is the Assistant Director of the Furious Flower Poetry Center and Associate Professor of English at James Madison University.