Professor of Theatre
Chair of the Theatre Department 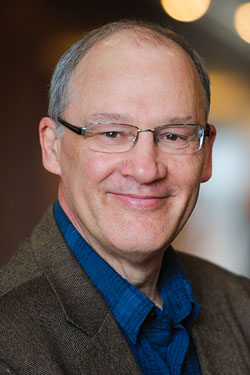 Professor Wittman attended the National Theatre Conservatory where he was a member of the Tony Award-winning Denver Center Theatre Company. He has worked professionally with the Lifeline Theatre and Fox Valley Shakespeare Festival in Chicago, and on the west coast at PCPA Theaterfest and Theatre Works in Palo Alto, California. In Los Angeles, he appeared with the Garden Grove Shakespeare Festival and on the soap opera The Young and the Restless. His Shakespeare credits include The Tempest, The Taming of the Shrew, Richard II, A Midsummer Night’s Dream, Henry IV and Coriolanus.

Locally, Mr. Wittman has been seen on the stages of Sweet Briar College as Prospero in The Tempest, Randolph College in Dancing at Lughnasa and The Importance of Being Earnest, Mill Mountain Theatre in 42nd Street, and the Academy Center of the Arts, where he performed Moonface Martin in Anything Goes and Nathan Detroit in Guys and Dolls. As a guest artist, Mr. Wittman has appeared with the Lynchburg Symphony Orchestra, performing the narration to Prokofiev’s Peter and the Wolf, as well as the Holiday Festival Joy, Joy, Joy! Recently he appeared with Poplar Forest Shakespeare Under the Stars in Othello, in Hollins University Playwright’s Festival and at Endstation Theatre in Macbeth.

He was the coordinator and lead faculty member for the Academy Center of the Art’s Youth Theatre Program for seven years, where he taught acting and directed productions of Seussical, Meet Me in St. Louis and Thoroughly Modern Millie.

Mr. Wittman is active in the Virginia High School League Theatre Festivals, where he has adjudicated on the district, regional and state levels. He is a member of the Virginia Theatre Association and the Southeastern Theatre Conference.

Mr. Wittman teaches in performance, directing, dramatic literature and history. He has completed numerous voice-overs for University Communications and Athletics.  His areas of interest include Shakespeare and Modern American Drama, particularly the works of Arthur Miller and Lanford Wilson.

Mr. Wittman enjoys living in the beautiful foothills of the Blue Ridge Mountains with his wife Loretta.