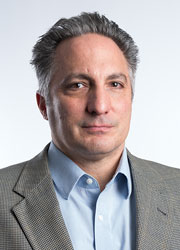 John Guagliano is the senior vice president of marketing and communications at Minnesota United FC. He won numerous awards for his work in branding and marketing, including a Clio Sports award and multiple American Advertising awards, during his nine years as vice president of marketing and broadcasting for Major League Baseball’s Washington Nationals. He has also worked in broadcasting and game ops for the NBA’s Charlotte Hornets and NHL’s Nashville Predators, winning three Emmy awards as a producer in the “Sports Program/Live” category. He has opened three sports facilities: Charlotte Arena, Nationals Park, and Allianz Field.

John received his BA in marketing from Lynchburg College and was inducted into Lynchburg’s Sports Hall of Fame as a soccer player in 2006. 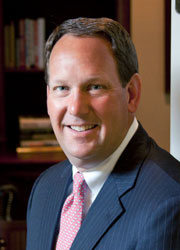 Greg Jackson is founder and managing director of the Spinnaker Group, a boutique executive search firm based in Charlotte, North Carolina. Greg has 20 years of executive search experience supporting a variety of Fortune 500, private-equity, and foreign-national companies. His clients have included Aurora Capital, Blackstone Group, Boeing Corporation, JPMorgan, Capital One, and Wachovia/Wells Fargo. Greg previously served as vice president/manager of executive recruiting for Wachovia/Wells Fargo’s General Banking Group, as a director with Spencer Stuart, and for 10 years as a vice president/partner at Korn/Ferry International, where he established the Supply Chain Management Center of Excellence.

Greg’s earlier career experience includes serving as the assistant director of admissions at Lynchburg College. He holds a BA in English from Lynchburg. 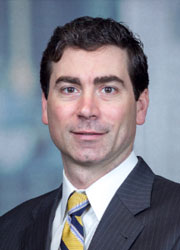 Tim Murphy is an industry manager in JPMorgan Chase & Co.’s health care, higher education, and nonprofit commercial banking group, based in Irvine, California. During his banking career, Tim’s responsibilities have included strategy and business planning, business development, relationship management, portfolio management, credit underwriting, credit training development, and nonprofit risk analytics. Before moving to California in May 2018, Tim was based in Washington, D.C., with leadership responsibility for JPMorgan’s health care, higher education and nonprofit banking teams in the mid-Atlantic and Northeast regions. Tim joined JPMorgan Chase & Co. in 2013 from Branch Banking & Trust, where he served as senior banker and nonprofit higher education industry specialist. Tim was a relationship manager with Allied Irish Bank serving the government, nonprofit, education, and health care industry segments. He currently serves on the chapter advisory board of the American Red Cross in the Desert to the Sea California Region.

Tim received his BA in business administration from Lynchburg College and is currently enrolled in leadership and management certificate programs at the University of Virginia Darden School of Business. 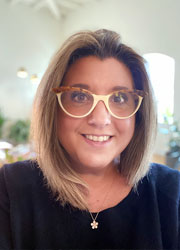 Cheryl Pipia is head of U.S. intermediaries integrated sales at T. Rowe Price, and founder and president of Mission & Movement, a global humanitarian company, and the nonprofit City Chik on a Mission. When she entered the corporate world, Cheryl felt pressured to participate in charity work that felt inauthentic. A volunteer trip 15 years ago to the Mother Teresa Home for the Destitute and the Dying in Lima, Peru, changed everything. Cheryl has since devoted her life to engaging in meaningful social service at home and abroad. In 2014, she founded City Chik on a Mission, a nonprofit dedicated to funding and maintaining projects that focus on education, community development, and employment in impoverished communities. Mission & Movement was the natural evolution. The sister companies merge Cheryl’s corporate leadership skills with her nonprofit experience. Through sustainable programs and practices, and training and workshop opportunities, Cheryl lives her life with direction and feeling. She encourages others to tap into their emotions, identify their passions, and put them to work.

Cheryl holds a BA in art history from Lynchburg College. 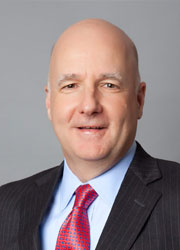 Jeff Rupp is the founder and managing director of View Capital Advisors. He is also a member of the firm’s Investment Committee, with over two decades of experience advising sophisticated investors. Jeff led the firm into a variety of alternative investments such as real estate, private equity, and operating assets. Before founding View Capital Advisors, he was managing director and regional executive for Deutsche Bank Alex. Brown in Dallas, Texas. Jeff was also a member of Deutsche Bank Alex. Brown’s Private Wealth Management Executive Committee, and worked in various roles for Alex. Brown in San Francisco and Baltimore.

Jeff holds a bachelor’s in business administration and economics from Lynchburg College. 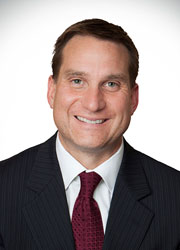 Scott Shepherd returned to The Washington Redskins as senior vice president in January 2019. He oversees the team’s Corporate Partnerships Division, as well its media properties and marketing platforms. From 2008 to 2015, he led the Redskins to record corporate partnership and special event revenues, and orchestrated landmark government relations agreements with the Commonwealth of Virginia, Loudoun County, and the City of Richmond. Before returning to the Redskins, Scott served as the chief commercial officer at Guest Services, Inc., a 102-year-old hospitality management firm headquartered in Washington, D.C. He was responsible for all revenue growth and commercial functions across the U.S. His career also includes serving in various leadership roles for the Minnesota Vikings, Palace Sports & Entertainment’s Stanley Cup Champion Tampa Bay Lightning and Arena Football League Champion Tampa Bay Storm, and the Columbus Blue Jackets, a new NHL franchise at the time.

Scott graduated from Lynchburg College with a BA in business administration, He has been involved in several community initiatives, including the University of Lynchburg’s College of Business Advisory Board, the Trust for the National Mall Corporate Leadership Council, the Loudoun County Chamber of Commerce Board of Directors, and the Visit Loudoun Sports Commission Executive Committee.