/ News / On the eve of his third novel, author Andrew Cotto recalls his start at Lynchburg 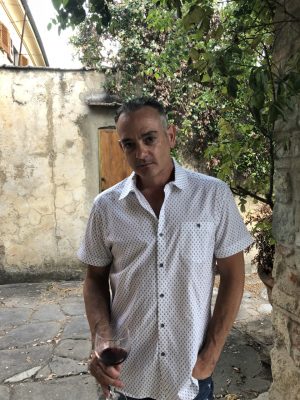 Award-winning author Andrew Cotto ’91 originally expected to graduate as a business major when he came to Lynchburg, but it was here that he found his love for literature, a desire to tell stories, and an English degree.

Today, Cotto has an MFA in creative writing from The New School and is about to publish his third book. He is a regular contributor to The New York Times and has also contributed to The Huffington Post, Rolling Stone, Parade, Condé Nast Traveler, Italy magazine, Maxim, and Men’s Journal. Some of Cotto’s published articles include “Fish People With Heart. Noses Agree.” and “A Market for Meat and Melodies.”

His new novel, set to release in October, is Cucina Tipica: An Italian Adventure, the story of a disheartened American who arrives in Italy on holiday and decides he never wants to leave.

“What I … write about is decided by what dominates my imagination. The things that I can’t stop thinking about, and these usually involve people facing conflicts inspired by identity, social class, race, family, place,” Cotto said. “I like to also couch these often serious themes in my other areas of general interest: food, music, travel, city life.” 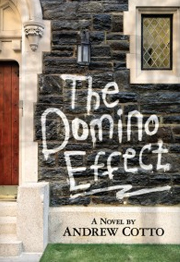 Cotto’s first novel, The Domino Effect is an award-winning story of Danny “Domino” Rorro, a charismatic kid from Queens who is poisoned by the past. The book won the Readers’ Favorite Silver Medal in the “Coming-of-Age” category.  His second novel, Outerborough Blues: A Brooklyn Mystery, tells the story of a drifter, Caesar Stiles, who is immersed in a mystery that takes him to the hidden corners of a rapidly changing Brooklyn. This novel has made many “Top 5” lists of well-known crime blogs and Publisher’s Weekly wrote that it reads like “Raymond Chandler taking dictation from Walt Whitman.”

Along with being a successful writer, Cotto is an English professor at LIM College in Manhattan and the deputy program coordinator of the MFA program in creative writing at St. Francis College in Brooklyn. “Both of my parents were teachers at times, and I always thought highly of the profession, though it never occurred to me as a career until I became an English major,” he said.

Lynchburg Professor Dr. Teresa Hartman was a strong influence on Cotto’s decision to become an English major. During his sophomore year at Lynchburg, after a meeting with a business professor for his major, Dr. Hartman invited Cotto into her office for a chat. “I walked out of her office fully inspired about academics and also as an English major,” he said. “Until that time, I never thought of being a writer, but once the interest was recognized, I also came to the realization that I had stories of my own to tell.”

Cotto found a mentor in Dr. Hartman. “She was a teacher who liked students as much as her area of expertise. This unofficial mentoring of sorts helps students immensely; it fosters self-confidence and fluency with those who can help us mature; it also demystifies the “real world” where we can realize that our bosses and professors are regular people,” he said. “As a professor now myself, I take the same approach.”

Some of Cotto’s favorite memories of Lynchburg stem from the strong relationships he established with many different people on campus, as he enjoyed the social environment Lynchburg provided. “Lynchburg is where I found myself as someone with specific intellectual and artistic interests. It’s hard to imagine any bigger benefit than that as a college student,” he said.