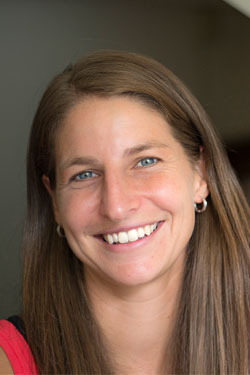 Rachel Willis is currently in her second year teaching in Westover Honors College. Before joining Westover, she taught for the English department at University of Lynchburg and also taught for several years at Liberty University. Since 2008, Willis has taught courses ranging from Composition to Introduction to Literature to Western Culture. Rachel Willis graduated from Liberty University with a bachelor’s degree in English. From there, she earned her Master of Education, specializing in Teaching and Learning. While completing her MEd, Willis focused her research on gifted education and non-traditional educational formats. She later earned a Master of English from University of Lynchburg, where she developed additional research interests in masculinities studies, transnational and postcolonial studies, and conflict literature. She has published academic articles on representations of fathers and sons and on masculinities and violence in American literature. Her research in gifted education informs her role in the Westover Honors Program, where she enjoys using active learning techniques to introduce students to a wide range of ideas that will broaden their understanding of the world. For example, her colloquium for the 2017-18 academic year, “Stories of Conflict and Resistance from World War I to The Hunger Games,” will analyze the literature, music, and films of war from across the globe, including contemporary and unfamiliar stories of resistance like The Cellist of Sarajevo and popular (and fictional) works like The Lord of the Rings and The Hunger Games. This colloquium is also planning a trip to Washington, D.C., where students will have the opportunity to more fully engage with experiences of conflict when we visit a range of memorials and museums.

Outside of her work at University of Lynchburg, Rachel Willis also coaches beach volleyball and runs. She has placed first in numerous beach volleyball tournaments and in 2016 completed several trail half marathons as well as her first road marathon. She and her husband Johnathan have three children — Aubriana, Asher, and Ace — to keep them busy. Willis has been trying to get her two older kids, who are 8 and 6, to read a Harry Potter book, but she has been unsuccessful thus far. She will keep trying.

Although still relatively new to Westover Honors, Rachel Willis is grateful to be a part of such a smart, engaging, and passionate learning community. While she has always loved teaching, she has never enjoyed it so much as when she is with a class of interested, sharp, and hard-working Westover Fellows.