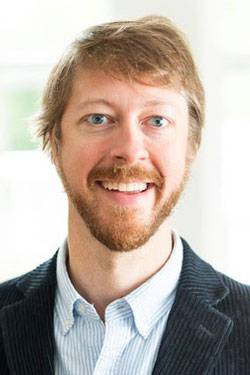 McClure, Paul K. 2020. “The Buffered, Technological Self: Finding Associations between Religiosity and Internet Use.” Social Compass. 67(3):461-478.

McClure, Paul K. 2017. “Tinkering with Technology and Religion in the Digital Age: The Effects of Internet Use on Religious Belief, Behavior, and Belonging.” Journal for the Scientific Study of Religion. 56(3):481-497.

McClure, Paul K. 2017. “Something besides Monotheism: Sociotheological Boundary Work among the Spiritual, but Not Religious.” Poetics 62:53-65.

McClure, Paul K. 2016. “Faith and Facebook in a Pluralistic Age: The Effects of Social Networking Sites on the Religious Beliefs of Emerging Adults.” Sociological Perspectives 59(4):818-34.

Dr. McClure does research in the broadly defined areas of technology, religion, and culture. His published research has been featured in over 70 media outlets worldwide including Forbes and USA Today. His wife, Kate, is a portrait artist, and they love living in Lynchburg and hiking around the Blue Ridge Mountains with their son, Jack, and dog, Gryff.