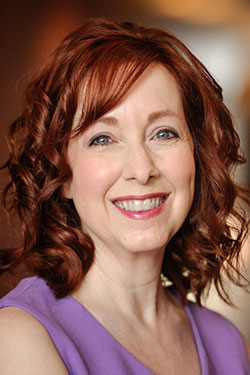 Loretta has had a lifelong love of theatre since performing in her first professional musical at the age of ten. Since that time she has continued to explore a “life in art” as an actor, dancer, singer, director, choreographer and educator. She has worked professionally as a performer with Mill Mountain Theatre (where she performed in the American Premiere of Children of Eden), Starlight Musicals in Indianapolis and Music Theatre Louisville. Her performance credits include Cabaret, Dames at Sea, Oklahoma!, Grease, South Pacific, Me and My Girl, 42nd Street and Evita.

Since relocating to Lynchburg Loretta has worked closely with many area arts organizations and colleges as a performer, director and choreographer including the Academy of Fine Arts, the Lynchburg Symphony Orchestra, Endstation Theatre, Randolph College, Sweet Briar College, Liberty University and Hollins University. Favorite local roles include Adelaide in Guys and Dolls, Marian in The Music Man and Kathy Seldon in Singin’ in the Rain.

For sixteen years Loretta served as the choreographer for the Virginia Christmas Spectacular whose artistic leaders created a new musical production each year with a cast of over 100 singers, dancers and actors. She was a faculty member for the Academy of Fine Art’s Summer Youth Theatre Program where she choreographed productions of Thoroughly Modern Millie, Annie, Honk! and Seussical.

Loretta is a past President of the Virginia Arts Presenters and has served on the Board of Virginians for the Arts. In 2014 she was recognized as a Distinguished Professor and Guest Lecturer with the Vero Beach Museum of Art in Vero Beach, Florida.

Recently Loretta was seen on the stage of the Charlottesville Opera  in Charlottesville, Virginia, in Into the Woods, Fiddler on the Roof, The Music Man and My Fair Lady.

As an educator, one of Loretta’s greatest joys is to help students find their own path to creating a “life in art!”