Dr. Jeremy M. Welsh has served the University since 2013 and continues to serve as the dean and chair of the School of PA Medicine. He is the founding creator and program director for the innovative Doctor of Medical Science program, and the senior associate dean for the College of Health Sciences. Welsh has worked in many roles throughout his career, most of which have been focused on improving patient care and using the workforce more effectively. Welsh has completed education at Cornell University in executive leadership, Harvard Kennedy School in crisis leadership, and MIT Management Sloan School in corporate innovation. Welsh also serves as the chief academic officer at the Community Access Network as part of a partnership with the University. He serves as a medical examiner in the region. Welsh is a native of Syracuse, New York, and worked in emergency medicine and as a firefighter/EMT for South Onondaga Fire Department.

TBA
Chair of the Innovation Collaborative

Trish Cerulli is a Virginia native and science enthusiast. She holds two degrees in chemistry, a BS from the University of Mary Washington (2008) and an MS from the University of Virginia (2014). She worked in the pharmaceutical industry for six years as an analytical chemist. She then went to graduate school and studied astrochemistry. After many years of volunteering with educational programming at the University of Lynchburg’s Claytor Nature Center and Belk Astronomical Observatory, Cerulli now serves as its outreach coordinator. She also teaches chemistry laboratory courses at the University. Cerulli is a community-oriented person who volunteers her time with Vector Space, Central Virginia Regional Rescue, and the Rotary Club. Cerulli has a lot of experience from different parts of her life including industry, academia, and the nonprofit sector. This gives her a unique perspective that helps her think of innovative solutions. She is excited to serve on this team to help innovation and partnerships in our community. 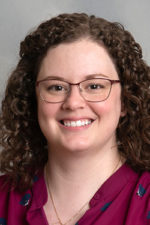 Cameron Lohr has been working in the nonprofit sector for 10 years. She is currently the gift records specialist at the University of Lynchburg. In this role, Lohr works with advancement information systems, including maintaining advanced queries and reports to identify institutional fundraising trends and progress for the Office of Advancement, the Board of Trustees, and other areas of campus.

While an introvert by nature, Lohr also appreciates teamwork and is looking forward to collaborating with others at the IC and the University to achieve future successes. 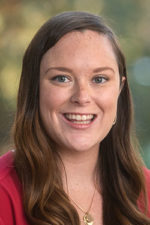 Maggie Flynn is a proud Lynchburg alumna. She received her bachelor’s degree in communication studies and international relations. Flynn has experience working with a nonprofit in Mexico that provided English classes to the public schools, undergraduate admissions, and she currently works as the enrollment coordinator for the Doctor of Medical Science program. She is excited about the Innovation Collaborative because it will allow people to work together and share new ideas.

Flynn is working toward her master’s degree in nonprofit leadership here at the University of Lynchburg. 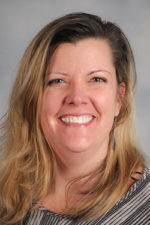 Emily K. Caldwell is originally from the suburb of Chicago, Oak Park, Illinois. Her job history includes working on international programs at Illinois Central College, teaching Spanish at Illinois State University and Illinois Central College, working for an international education nonprofit organization in Pennsylvania, serving as coordinator for college and university relations, and founding her own nonprofit in the Galapagos Islands, where she lived for 11 years. Caldwell is an instructor for the online nonprofit excellence certificate program through CVANE. She has worked with Lynchburg’s Doctor of Medical Science program and currently works as manager of donor relations and communications with Health Volunteers Overseas.

Caldwell holds a Master of Nonprofit Leadership Studies from the University of Lynchburg. She is a certified Google trainer, Gallup Strengths coach, and a nonprofit board consultant. 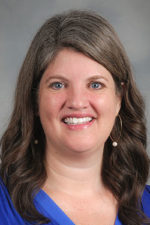 Lisa Crutchfield is a historian who studies early America and the Atlantic World. She is interested in how different cultures interacted, especially Native Americans and Anglo settlers. Right now, she is working on a manuscript that focuses on the people who were able to cross those cultural boundaries and the complicated relationships that resulted.

She has a PhD in American history with an outside field in colonial Latin America from the College of William and Mary. She also has a master’s degree from the University of Georgia and a BA in history and anthropology from James Madison University. 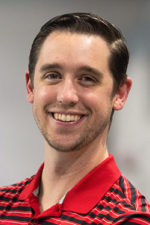 Ei Hlaing is a psychologist who researches the effects of obstructive sleep apnea on cognitive functions. She has taught research methods and other psychology courses at Siena College, and she currently teaches statistics, neuropsychology, sleep and circadian rhythms, and developmental psychology at the University of Lynchburg. Hlaing also serves as a faculty fellow for the University of Lynchburg Community-Engaged Learning Initiative. She is a lead researcher for the Meals on Wheel program evaluation as part of the Lynchburg Tomorrow community-based research initiative.

Scott O’Neal is the current director of technical support at the University of Lynchburg. O’Neal is originally from Northern California and worked for Apple, Inc. for over 10 years leading several technical support teams. After retiring from Apple, O’Neal taught computer science and digital design at a local high school, as well as coaching robotics and cybersecurity teams. In 2020, he was one of the recipients of MIT’s Excite Award for innovation education. O’Neal is passionate about innovation and how technology can help bring ideas to life.

O’Neal has a Master of Education from Regent University and a Bachelor of Science in Business Administration – Leadership from Liberty University. He is continuing his education by pursuing an additional undergraduate degree with a Bachelor of Arts in Graphic Design and Studio Art and a minor in digital media arts at University of Lynchburg. 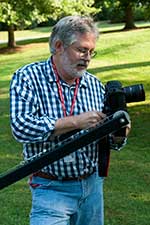 Bill Noel has been teaching students how to produce audio and video, animation, event coverage, and create media for 30 years. He has been with the University since 2000 and coordinated the design, budget, and installation of the media center in Schewel Hall. He is always testing new technologies and workflows for the media classroom. He is the author of “The Arc of Production: A Producer’s Practical Guide to Organizing and Executing Media Projects.” Noel co-founded the Donovan Media Development Center, a unit at the University that assists regional nonprofit organizations with training, budgeting, planning, and production of audio and video projects that support their missions. Most recently he finished a film for the visitor’s center at Thomas Jefferson’s Poplar Forest historic site. While he was in graduate school at Southern Methodist University, he studied with Hollywood producers Martin Jurow and Bob Banner. He is the award-winning director/producer of The American Acoustic Guitar documentary. This documentary explores the artistry of instrument building. He also built the guitars played in the film and composed its soundtrack. 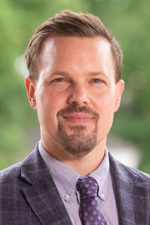 Gosling received a Bachelor of Arts in History from the University of Colorado at Boulder, a Master of Science degree in Clinical Mental Health Counseling from Loyola University Maryland, and a PhD in counselor education and supervision from William & Mary. Gosling’s professional experience before becoming a counselor and counselor educator includes over a decade of military service as a U.S. Army Infantry Officer, three years as a Rhode Island State Trooper, and many other positions focused on veterans advocacy and adolescent mentorship. He is a combat veteran of Operation Iraqi Freedom who brings unique skills and perspectives to the counseling field.Gosling specializes in working with men, veterans, adolescents, families, and couples. He is researching how combat veterans are affected by moral injury, how outdoor behavioral health (OBH) and wilderness therapy can help, and how spirituality affects counseling. 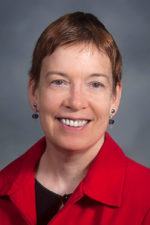 Elza C. Tiner teaches classical and medieval Latin and English. She also advises students in the minor in classical studies and the minor in medieval and Renaissance studies. She is interested in how Latin texts influence different professionals today, and how poetry can be performed through storytelling, recitation, and acting.

Besides working on the Innovation Collaborative, she serves as president of the University of Lynchburg’s chapter of Phi Kappa Phi and advisor to the Latin Club. 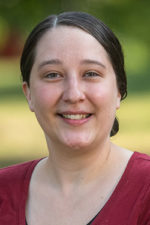 Ashlie Walter is the social media and SEO (search engine optimization) strategist in the Office of Marketing and Communications at the University of Lynchburg. She manages the main University accounts on Facebook, Twitter, Instagram, and LinkedIn, as well as the student content creator team on TikTok.

Before switching to marketing, Walter was a newspaper reporter covering health care in West Virginia, as well as crime and features on local citizens in Lynchburg. She has won two Virginia Press Association awards for telling the stories of Central Virginia residents.

She holds a Bachelor of Science in journalism from West Virginia University.

Center for Innovation and Strategic Partnerships