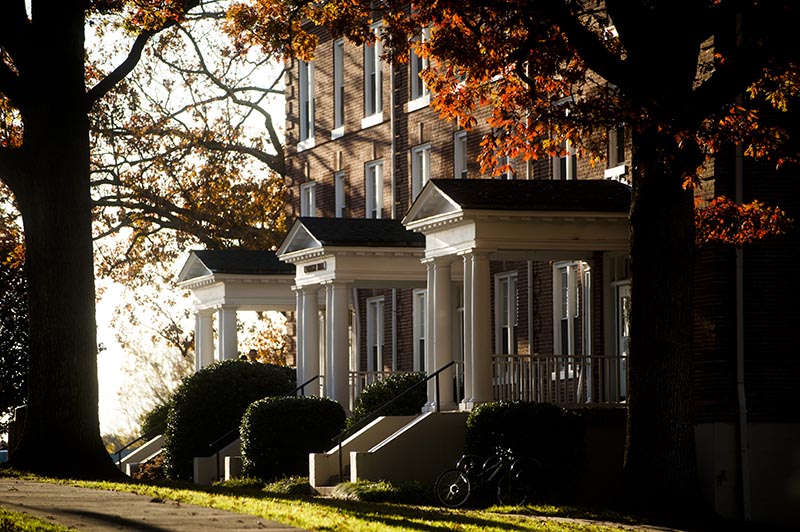 Carnegie Hall, the second-oldest building on the University of Lynchburg campus, has been named to the National Register of Historic Places. The University was notified of the honorary designation on Sept. 29.

The three-story, Colonial Revival structure was designed by well-known local architect Edward Graham Frye. It was completed in 1909, shortly after the campus’s oldest building, Hopwood Hall. Hopwood was placed on the National Register in 2018.

As its name suggests, the construction of Carnegie was funded in part by a grant from steel industrialist Andrew Carnegie. At the time of its completion, Dr. Josephus Hopwood, co-founder of what was then called Virginia Christian College, declared that Carnegie would “stand for a thousand years unless destroyed by dynamite or earthquakes.”

For its first 57 years, Carnegie Hall served as a men’s dormitory. Today, it houses faculty offices. A formal celebration of Carnegie’s National Register designation will be held at a later date.