/ Lynchburg Gives / Alum happy to give back to Lynchburg, boosting record #GivingTuesdayNow totals

When Laurie Haggerty Dolian ’73 heard about the Lynchburg Crisis Response Fund and its support for students, faculty, and staff, she knew she wanted to help. After all, she had once needed help, too. So on #GivingTuesdayNow, Laurie and her husband, Bob, gave a substantial amount to her alma mater. 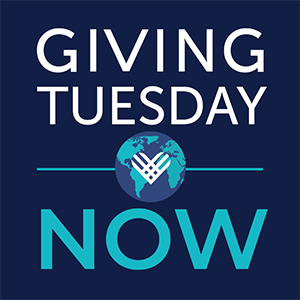 Thanks in no small part to the Dolians, May 5 was Lynchburg’s “best online day of giving ever,” Director of Annual Giving Erika Mork said — aside from Give Day, which happens each year in April. Preliminary results, Mork said, show gifts from more than 225 people totaling more than $42,000.

About $17,000 came in designated to the Lynchburg Crisis Response Fund, which was set up to mitigate the effects of the coronavirus outbreak. The fund has supported faculty and students in their virtual classrooms this spring and will help the University prepare for a safe return to in-person teaching in the fall.

The Dolians’ gift will be split evenly between the Lynchburg Crisis Response Fund and a new, unnamed scholarship that will support athletic training.

An avid tennis player and inductee into Lynchburg’s Sports Hall of Fame, Laurie Dolian has always had a soft spot for the University’s athletics programs. But she’s mostly about one thing: helping to support the students, especially in times of need.

“Laurie was extremely proud to hear how her alma mater had stepped up to help not only students, but also the faculty and staff during this crisis,” Senior Major Gift Officer Tom Burrowes ’93 said.

Giving back really is a no-brainer for Laurie Dolian, who lost her father to a heart attack her sophomore year. That tragic day in 1970, her college career almost ended, too. But she wasn’t alone. Thanks to Lynchburg’s dean of students, who offered comfort and logistical support, and the University’s financial aid office, which came up with a loan, scholarships, and work-study, she was able to return and finish her education.

“The Lynchburg College staff and my professors had become my family away from home,” she said.

And the Stamford, Connecticut, native thrived at Lynchburg. She became tennis team captain her senior year, when the team celebrated its fourth consecutive winning season and placed fourth in Virginia. She also covered sports for the student newspaper, The Critograph, served as an officer on the Women’s Athletic Association, and was one of seven Lynchburg women to be awarded an Outstanding College Athlete Award her senior year.

Tennis has stayed with her to this day, and it connected her with her husband of nearly 45 years. An Ivy League graduate, Peace Corps alum, and retired attorney, Bob Dolian is just as passionate about Lynchburg as his wife is.

After raising three children, the couple moved from Connecticut to Colorado in 2009. They continue to play tennis, hike, bike, and ski — and spend lots of time volunteering to support others in their community, at Lynchburg, and abroad.

“We have a tendency towards helping students with a financial need or a scholarship fund, as this was my situation,” Laurie Dolian said.

“We [also] realize that during this pandemic, we are most fortunate to be retired and living in this beautiful area, while many others are suffering from loss of jobs and family, and institutions are struggling to meet their needs in this time of uncertainty.”

Click here to give to the Lynchburg Crisis Response Fund, or to support another Lynchburg cause close to your heart.