As an executive producer for the Nat Geo WILD cable channel, Ted Duvall ‘83 is a storyteller.

He’s in charge of “The Incredible Dr. Pol,” a reality show about a Danish veterinarian in Michigan. In addition to managing the budget and the crew, he also helps refine the focus on the most compelling aspects of the story.

That’s a lot like what it was to be a history major at University of Lynchburg, he said.

“Majoring in history was a stroke of genius,” said Duvall, who visited campus recently to talk to students about his career and how to get from here to there. “History trained me to acquire voluminous information, process it, analyze it, and write my own assessment or version of it.

Duvall attended University of Lynchburg because he had several friends on the campus. He originally thought about a pre-vet track, but history turned out to be a better fit. Recalling fond memories of working with faculty in biology and history, he encouraged students to become engaged with classroom discussions and learn all they can from their accessible professors. “There are professors here who will be lifelong inspirations,” he said. 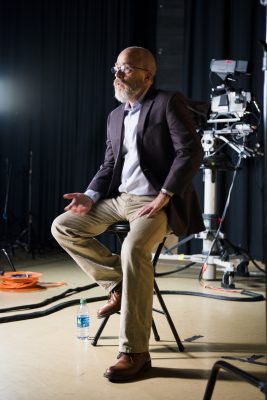 Duvall enjoyed a long freelance television career that included adventures all over the world. He produced the vice-presidential debate in 1992. In addition to “The Incredible Dr. Pol,” his work for National Geographic includes “Voyage to the Bottom of the Earth,” a TV film about filmmaker James Cameron’s dive to the deepest point in the Mariana Trench.

As producer, he answers questions, gives directions, sorts through recorded footage, writes narration, manages talent, and more. He referred back to the ability history helped him develop to collect information, zero-in on a story, and then tell that story. “That is a valuable skill,” he said. “While I didn’t specialize in communications when I was here, history served me well.”

He said that having a major is critical, but students should embrace opportunities to study a wide range of topics. His role today requires managing budgets, something math classes and an introduction to business course helped him prepare for. He recently helped a writer for the Dr. Pol show write a sentence of narration that explained the importance of thiamin (vitamin B1), for which it was helpful that he once took science classes thinking about a pre-vet track.

“There is value in the liberal arts,” he said. By taking advantage of a strong general education, “you get the ability, the flexibility, the elasticity of thinking” that allows a person to draw from a broad array of knowledge and solve problems when “things go sideways.”

Duvall enjoyed reconnecting with Lynchburg. Although there are new buildings, new people, and new programs that were undreamed of when he graduated decades ago, “Honestly it feels the same,” he said. “When I walked into that circle in the Dell, took a picture of Hopwood from afar, and sent it to my two best friends from Lynchburg, it’s just home.” 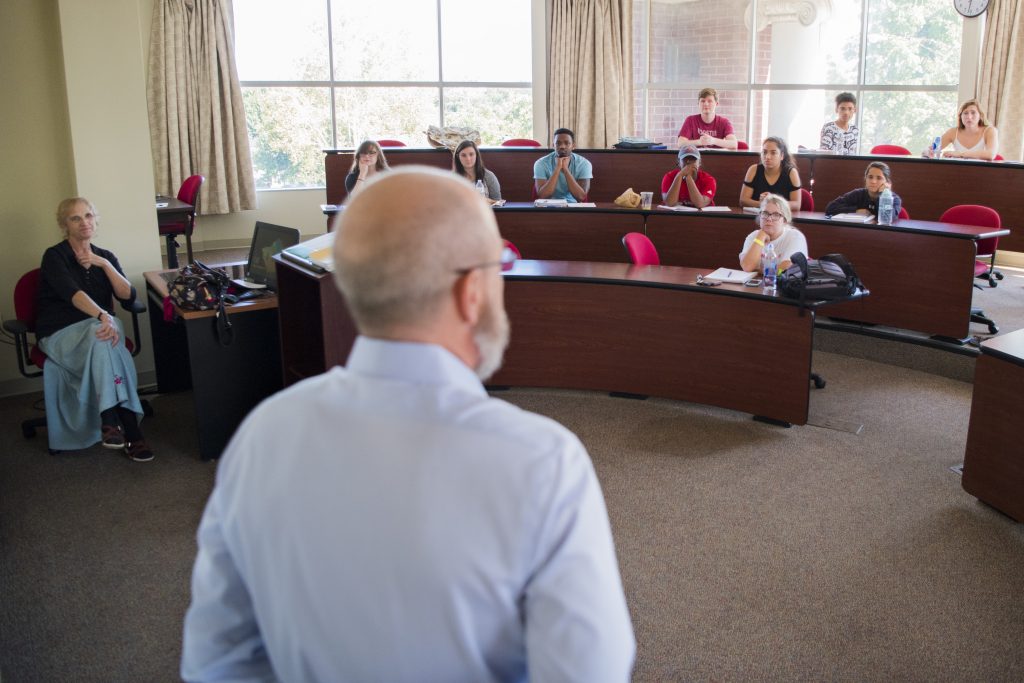