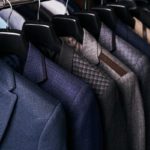 Students at the University of Lynchburg have a new resource that will help them be better prepared for job and graduate school interviews. It’s “Suit Yourself,” a clothes closet on the third floor of Schewel Hall, where students can “shop” for interview attire at no cost to them. 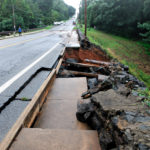 Students at the University of Lynchburg can soon minor in crisis communication and sports media. Both minors are a result of student demand and both combine courses in communication studies with other disciplines. 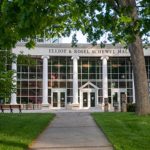 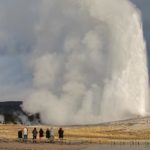 Jenny Anzelmo-Sarles ’11, a graduate of the University of Lynchburg’s communication studies program, has been named public affairs chief and chief spokesperson for the National Park Service. 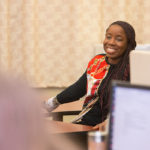 When she was an admissions tour guide, Katherine Daniel ’20 liked to tell tour groups about Dr. Ghislaine Lewis. 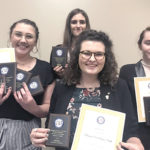 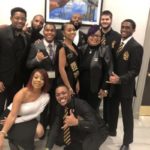 Stephanie Brown ’22 was named first runner-up in the statewide Miss Black and Old Gold pageant held January 31 in Charlottesville. The scholarship pageant was sponsored by Alpha Phi Alpha Fraternity Inc., a national fraternity that has a chapter at the University of Lynchburg. 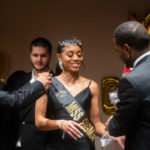 This past fall, for the first time in its history, the University of Lynchburg’s Sigma Pi chapter of Alpha Phi Alpha Fraternity Inc. had seven members — the same number of African American college men who founded the national fraternity at Cornell University in 1906. 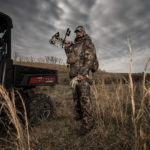 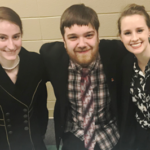