John Garrison Marks ’10 first started thinking about what life was like for free Black people during the slavery era in a history class at the University of Lynchburg. 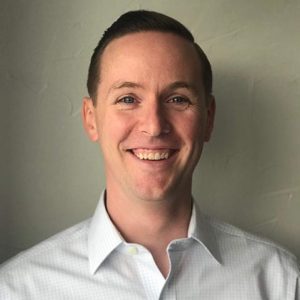 “The amazing stories of how free African Americans tried to ‘secure the blessings of liberty’ for themselves and their families just struck me as remarkable. I became interested as an undergrad in the ways that African Americans pushed back against racial restrictions in really profound, if subtle, ways.”

While still an undergraduate, Marks wrote about slavery in the city of Lynchburg for the University’s scholarly journal, Agora. After graduating with bachelor’s degrees in history and Spanish and a minor in museum studies, he went on to Rice University, where he earned a PhD in history and wrote a dissertation he would later expand into his first book.

That book, “Black Freedom in the Age of Slavery: Race, Status, and Identity in the Urban Americas,” was published Oct. 13. It’s part of the University of South Carolina Press series “The Carolina Lowcountry and the Atlantic World.”

While Marks’ book focuses on free Black people in Charleston, South Carolina, and Cartagena, Colombia, and what it took for them to create the lives they dreamed about, he thinks it has modern-day relevance as well. 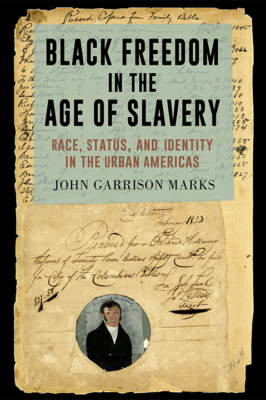 Marks, now senior manager of strategic initiatives for the American Association for State and Local History in Nashville, said his research took him to South Carolina, Colombia, and Spain. In the archives, he “pored over manuscript documents” — census and baptismal records, newspapers, etc. — and learned what daily life was like for free Black people.

“In a lot of ways, these stories defy expectation,” Marks said. “Throughout the cities of the Americas, free people of African descent claimed rights, privileges, and distinctions that weren’t typically afforded to nonwhite people.

“Free Black people demonstrated resilience and creativity as they tried to improve their lives and support their families. In the process, they subtly undermined the white supremacist structures of American societies.”

In Colombia and Spain, he found his Spanish degree indispensable. “I don’t think I’d have even attempted this project if it hadn’t been for my Spanish major and my experiences studying abroad in Argentina as an undergrad,” he said.

“Those experiences, and my facility with Spanish, gave me the confidence that I could make it through a six-month research trip living in Colombia and that I could read books and colonial-era documents written in Spanish. The ability to do [that] is part of what makes this book unique.”

Indeed, Marks’ entire Lynchburg experience — Westover, Spanish and history major, museum studies minor — seems to have launched him toward this point. “My experience in the history department and Westover Honors program really helped me grow as a thinker, writer, and researcher,” he said.

“My history classes challenged me to conduct primary source research and engage with historiography very early on, and many of my classes asked me to really develop my ability to advance a compelling written argument. Those skills really set me up for success in graduate school.”

And when he graduated from Lynchburg, his museum studies advisor, Dr. Barbara Rothermel, almost prophetically bought him a membership to the American Association for State and Local History. “Almost 10 years later, that ended up being where I got my first real job in the public history field,” Marks said.