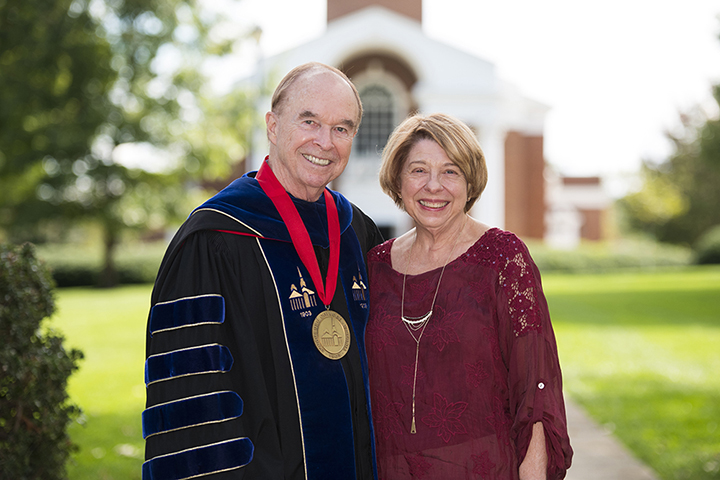 Sheila Garren has an empty perfume bottle she will never throw away.

It’s a palm-sized, clear bottle with a turquoise lid and no branding. It was empty when she received it, wrapped in a newspaper, from a fourth grade student. “Her older sister had used it all, but she said if you took the top off, you could still smell the perfume,” Garren said.

The gift reminds her of the students she taught for 28 years. “I think of what a privilege I had to shape the lives of so many young students,” she said. “Hopefully I encouraged them to love learning and to always do their best.”

Garren taught all elementary grades, from kindergarten to fifth grade, in Virginia public schools, but for 14 years she taught fourth grade. It was her favorite.

Empty perfume bottles aside, teaching came with many rewards. Garren said she loves running into former students. She always asks them what they remember about being in her class.

“They never say ‘passing the SOLs’ or ‘learning the multiplication tables,’” she said. That may be because she gave them so many other things to remember, like singing in parades, hatching chickens, or releasing butterflies.

When her husband applied to be president of Lynchburg College, she wasn’t sure she wanted him to get the job. Moving to Lynchburg would mean giving up her beloved career.

When they came to campus for a multi-day interview, however, her heart changed.

“After one day of interviews, we both knew Lynchburg College was a place we had to be,” Garren said. “We were up half the night talking. We were so excited and we both knew we had to do our best the next day and a half. We both wanted this job very much.”

She said the students and faculty she met had convinced her to come to Lynchburg. “It just seemed like such a caring atmosphere.”

Many of the things that President Garren is known for involve his wife just as much: hosting students for dinners in their home, the Hornet Hop, cheering for the Hornets at home games or in the Ethics Bowl.

But she has made her own mark, too. She has cultivated relationships with the spouses of board of trustees members and others and has helped to secure major financial gifts. She has represented the University at countless community events, as well as national conferences. She has sent thousands of greeting cards to donors, employees, and other friends of the University.

While Garren talked about her work for the University, a tear slipped down her cheek.

“I’ve enjoyed just about everything,” she said. “The interaction with the students is at the top of the list.”

Maybe one reason she came to love Lynchburg so much is because she got to connect with students, just the way she did as a fourth grade teacher. Lynchburg became a new home for her.

“It will be a part of both of our lives forever,” she said.