/ News / College Lake through the years

The engineering firm AECOM has begun a study to identify the best options for removing the dam and restoring the lake bed, which the University owns, into a thriving ecosystem. Read the announcement here.

Located downhill from the University, the city-owned dam has been classified as “high-hazard” by the Virginia Department of Conservation and Recreation for years, but a 2018 flood damaged the structure and caused concern for its future. Since then, the city and the University identified removing the dam as the most sustainable, long-term solution. The engineering and design phase of the project should last about 18 months.

After the dam is removed, teams will work to restore the lake bed into a healthy habitat with a creek and wetlands. During the process, University of Lynchburg students will have opportunities to take part in studies and  environmental testing. Long term, they will use the area as an outdoor laboratory for studying the environment.

Over the next two years while the dam removal project is designed, the city plans to build a bridge to replace the roadway over the dam so traffic interruption will be minimal.

The city built the dam in 1934, forming a lake on the Lynchburg College campus. For many years, Lynchburg students and nearby residents used the lake for swimming, canoeing, fishing, and ice skating. Here are just a few photos from the University of Lynchburg archives (and other sources as noted). 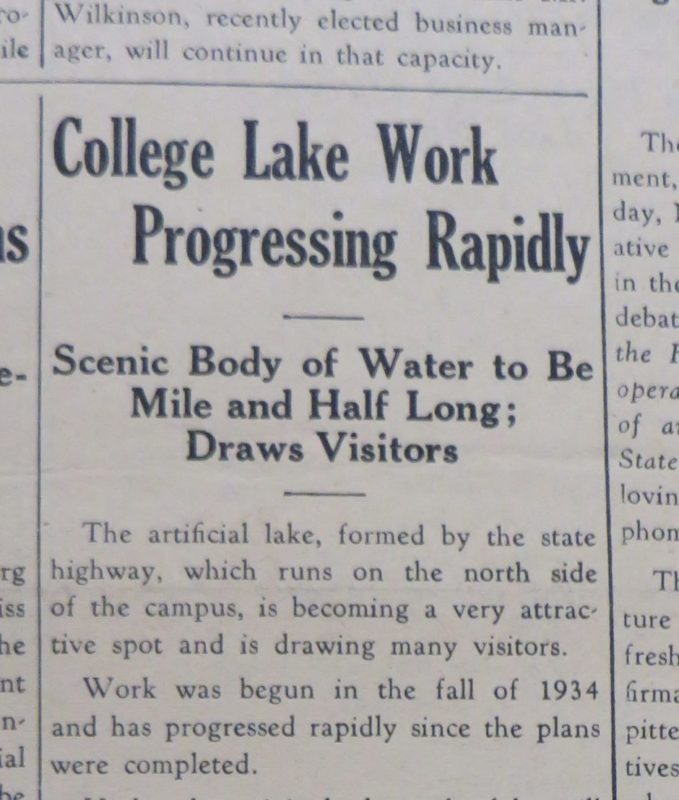 The Lynchburg College student newspaper, The Critograph, ran this article in November 1934.

These photos from a scrapbook donated to the University’s library show two angles of College Lake in 1940. 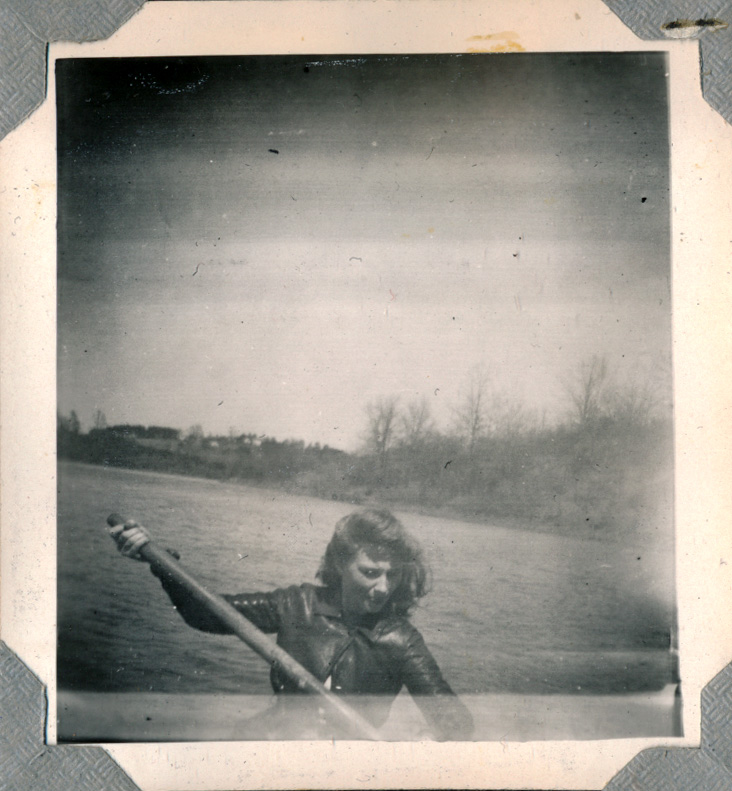 This 1943 photo was taken on Campus Day in 1943, a day when students worked on projects around the campus. 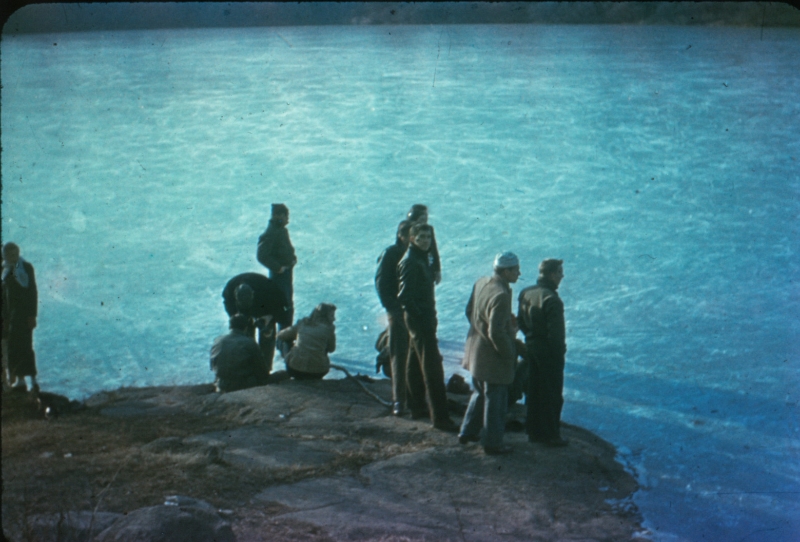 College Lake quickly became an attractive place for ice skating. This photo was taken in the 1940s. 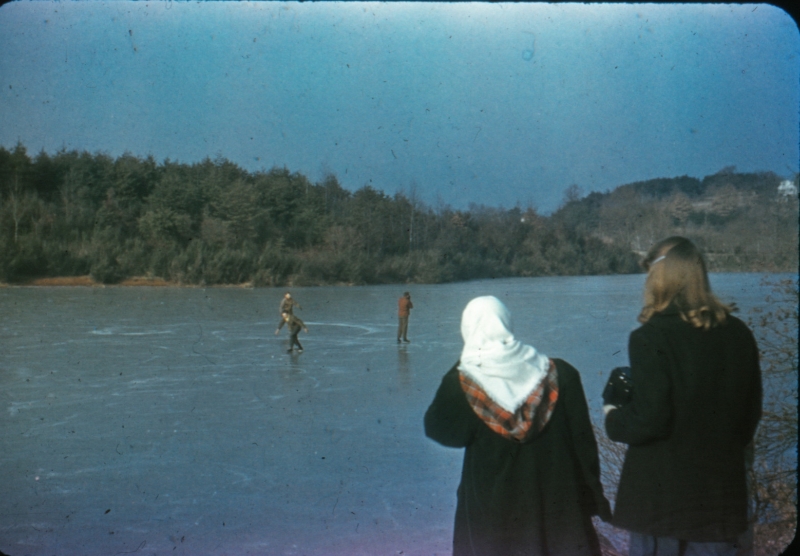 An undated photo of skaters on College Lake. 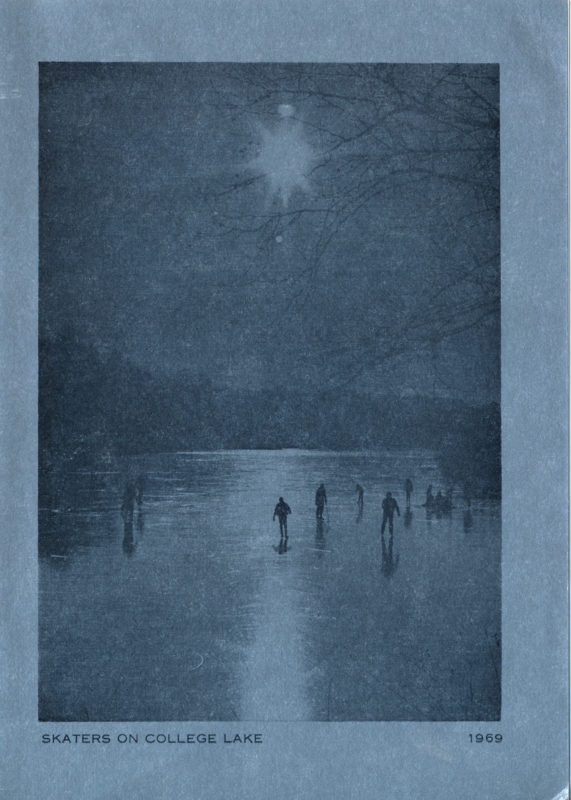 This 1969 photo of skaters on College Lake was used on a Christmas card at the time. 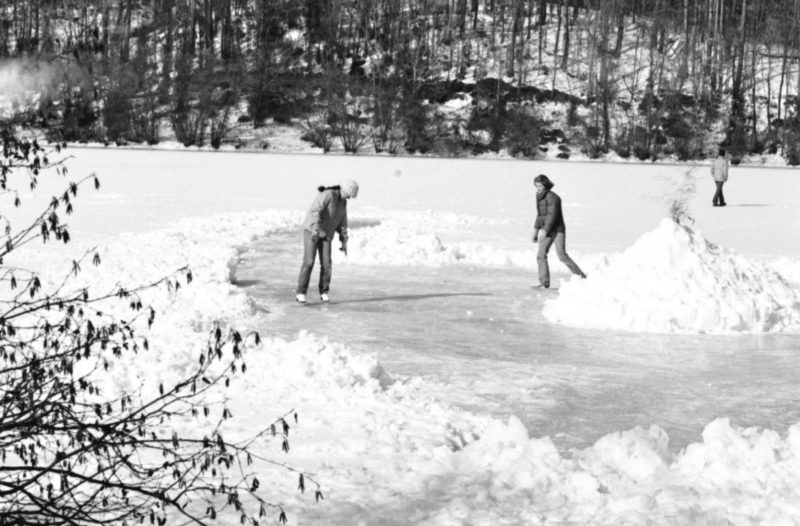 This 1978 photo came with a note that said, “The essences of winter is captured in this picture by Bob Fazio. College Lake now has a three-inch layer of ice covering it.” 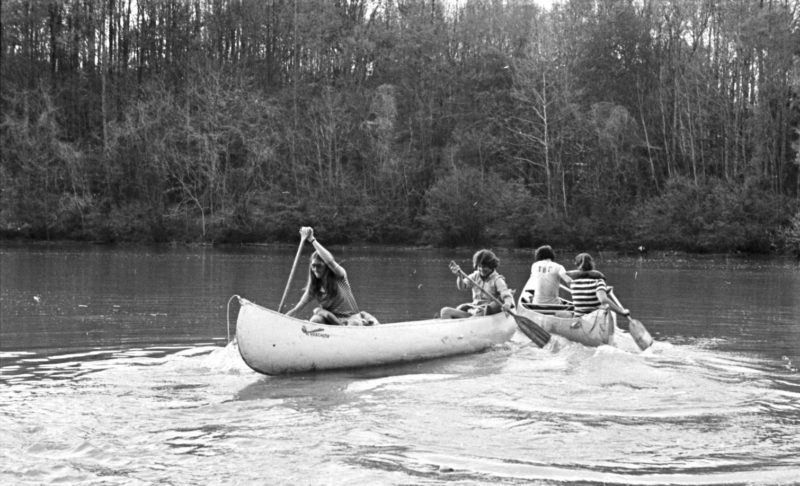 Boating was another favorite activity on College Lake. This photo was taken during a Lynchburg College picnic in 1977. 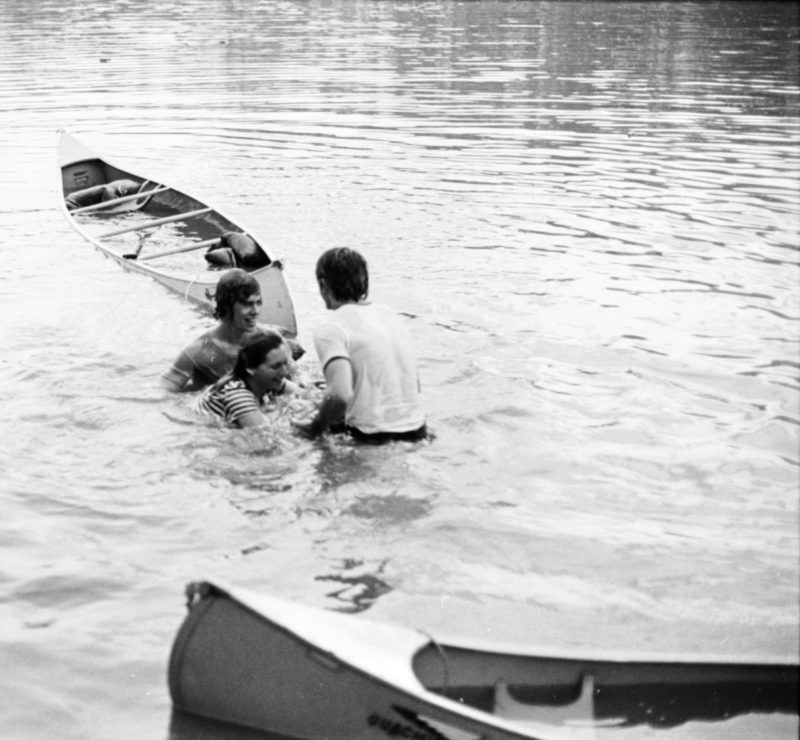 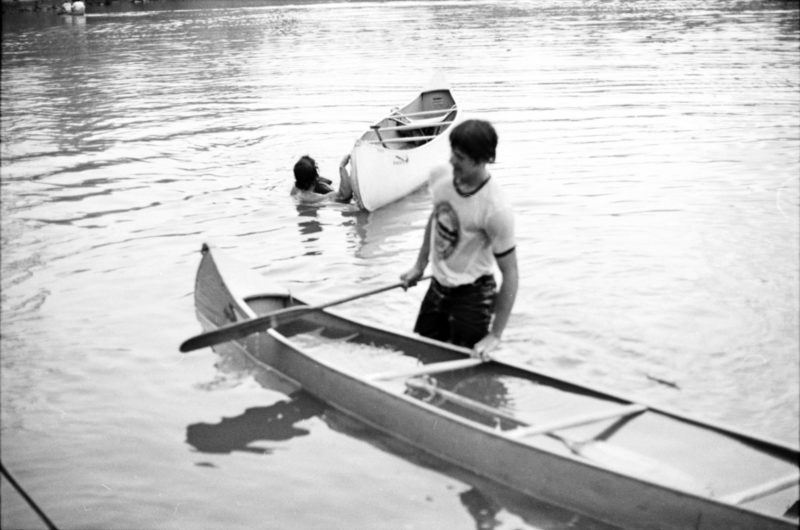 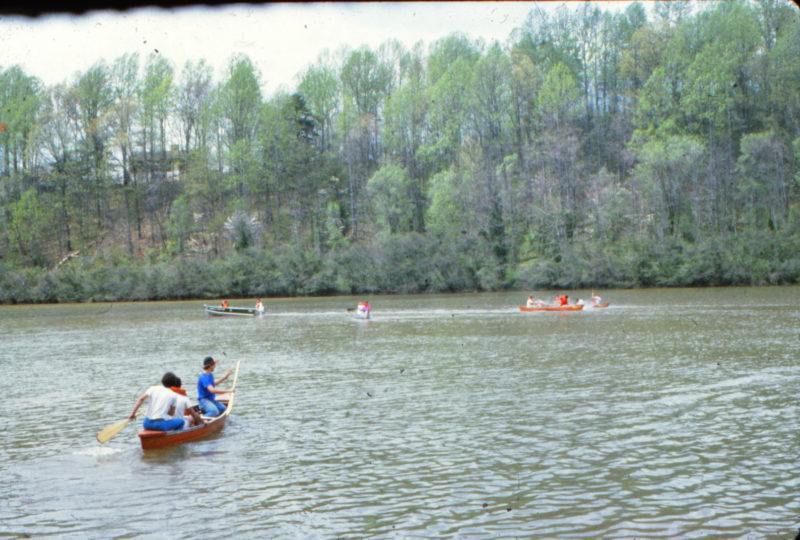 In 1982, the lake was still a focal point of recreation on campus. 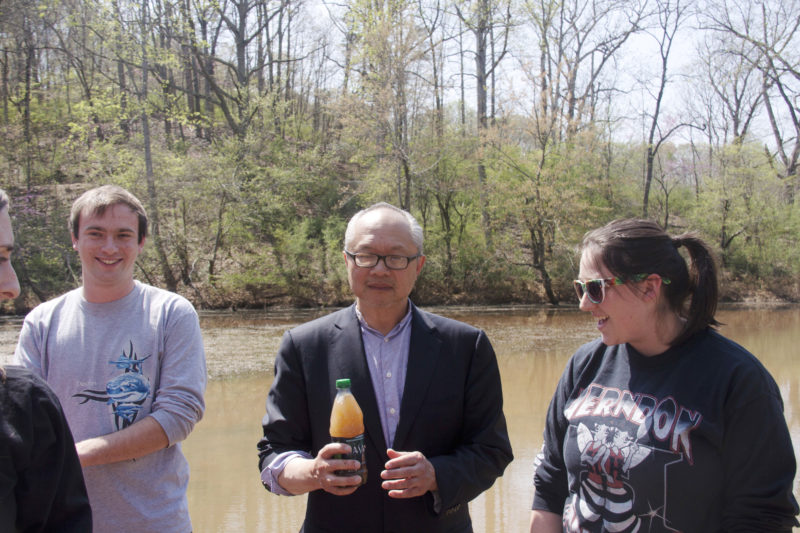 In 2011, the conceptual artist Mel Chin visited Lynchburg to talk with students about how to use art for activism, and they talked specifically about how they might use art to draw attention to the plight on College Lake, which had become cloudy and brown from erosion. Photo courtesy of Siobhan Byrns. 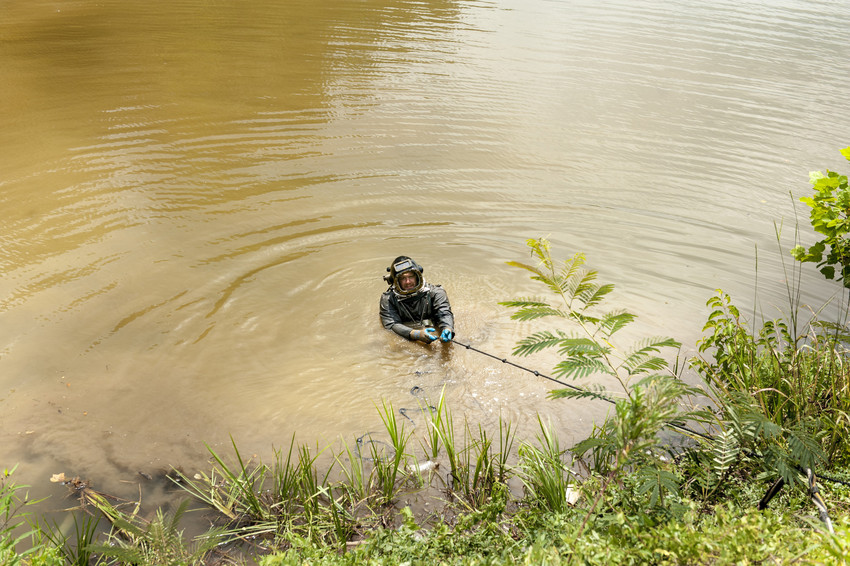 An engineering study on the dam began in July 2014 to help make decisions about the future of College Lake and the dam. Photo by John McCormick. 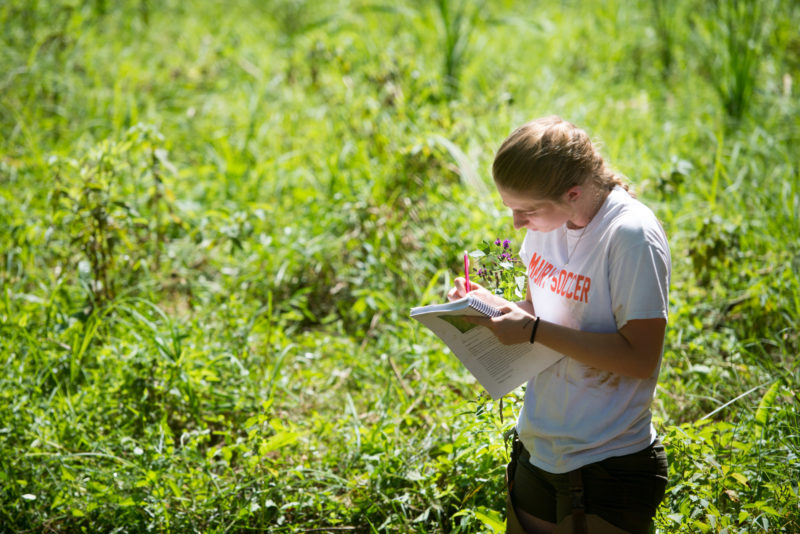 Students and faculty conduct research at the lake to document the effects erosion has on the habitat. Photo by John McCormick. 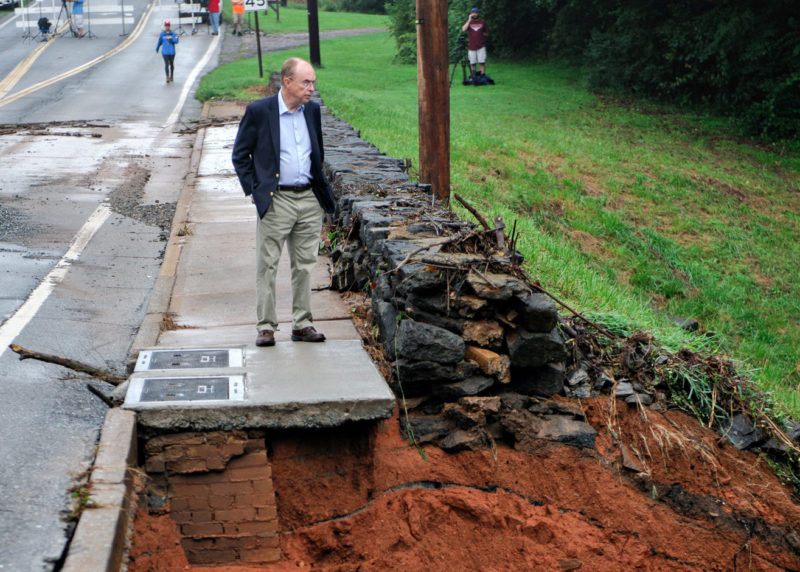 The flood in August, 2018, damaged the dam, making it clear that removing the dam would be the most sustainable, long-term solution. Kenneth R. Garren, president of the University of Lynchburg, was on site early the next morning to survey the damage. Photos by John McCormick. 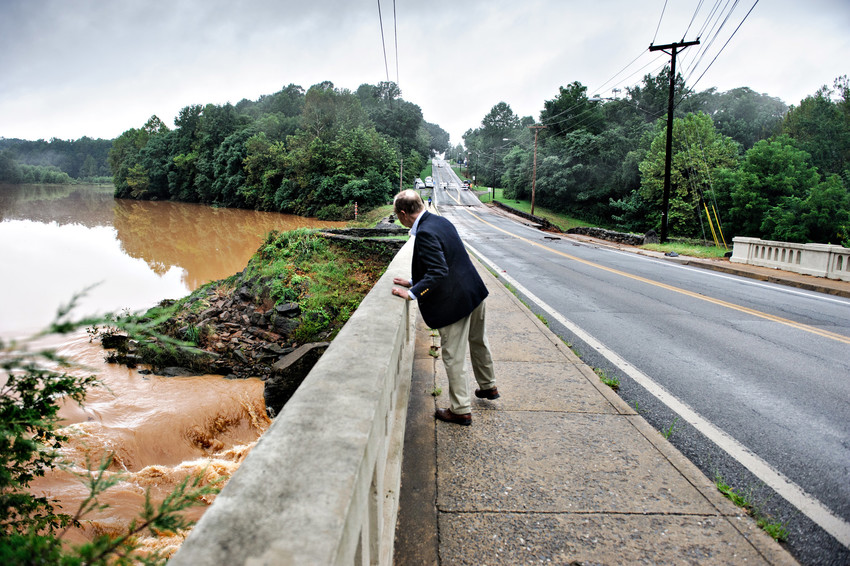