Two University of Lynchburg professors have their creative writing published in a new collection of nature writing. 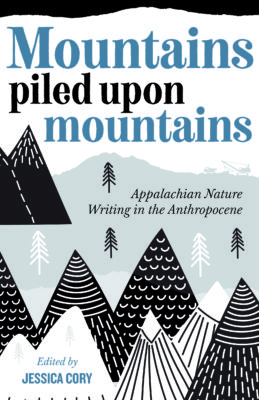 According to the publisher’s description, the book moves beyond “the tradition of transcendental nature writing” and to engage “current issues facing the region and the planet … and provides readers with insights on the human-nature relationship in an era of rapid environmental change.”

Long’s poem, “Child in Spring Snowfall, 1934,” conveys the experience of a girl walking to school in the winter.

“The poem came from my interest in how people experience nature, particularly formative experiences when they were young,” Long said. “I’ve also sought out stories from family and people who are older than me who remember the natural world in earlier times. … I’m interested in how people’s memories of nature can be very vivid, even after decades.”

Long teaches a nature writing class at the University of Lynchburg. “One aim of this class is that students become fundamentally more attuned to the natural world around them, and they learn to make these experiences more interactive and meaningful,” she said.

“They do this via writing in which they notice details of the natural world and become aware of their responses. Students also mine their individual childhood memories to identify their formative experiences of nature.”

Henry-Stone’s contribution to “Mountains Piled upon Mountains” is a creative nonfiction essay she describes as an “elegy to hemlock trees” with connections to Shenandoah National Park and her hemlock tattoo.

It begins with a childhood memory of a conversation at a church camp. When a camp pastor asked children to name their favorite plants, she volunteered the hemlock tree.

“It’s an evergreen, so it provides greenery in the forest during the winter time,” Henry-Stone said in a recent interview. “It’s just a beautiful tree. The needles are delicate and soft. And they create such interesting patterns in the way they branch. They provide fantastic habitat.”

The essay goes on to tell the history of Limberlost, a grove of hemlock trees in Shenandoah National Park, and mourns the grove’s demise caused by invasive insects. “This was a place that was important to me growing up. Even the name is magical,” Henry-Stone said. “It’s now gone.”

Hemlock trees had a special significance to Henry-Stone when she hiked the entire Appalachian Trail in 2000. She got her hemlock tattoo while studying in Alaska and feeling homesick for the Appalachian Mountains.

She said she writes to help people make meaning of their connection to nature. “Creative nonfiction is my passion,” she said.

Henry-Stone loves the subtitle of the collection because it refers to the anthropocene — “the age of humans.” This fall, she’s teaching a first-year seminar class that explores the impact humans are having on the planet and how modern times qualify as a new ecological era.

“Mountains Piled upon Mountains: Appalachian Nature Writing in the Anthropocene” is available from West Virginia University Press and on Amazon.com.