/ News / Lessons in war and peace on the road less traveled

A group of 28 Lynchburg students took the road less traveled this summer to study war and peace in southeastern Europe.

Over the past month, the group toured Balkan states that were formerly part of Yugoslavia, including Bosnia and Croatia. They studied the region’s history steeped in war, starting with the conflicts that led to World War I and ending with the war in the 1990s that dissolved Yugoslavia. They also took on challenges like whitewater rafting and hiking to experience the region in new ways.

“The trip has been substantial and challenging, … physically, emotionally, and intellectually,” Dr. DeClair said.

Studying the history of the region through site visits, literature, and reading, they grappled with difficult topics such as ethnic cleansing, religious intolerence, and racial discrimination. The group visited a concentration camp, bombing sites, and locations of mass murders to atte 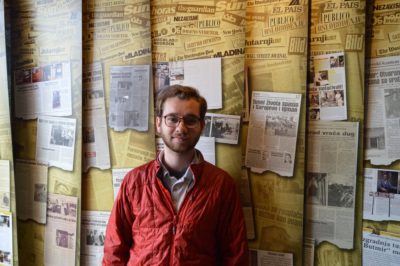 mpt to grasp how political and social forces motivated unthinkable atrocities. Learning such things “challenges our sense of self, and dares us to be better humans,” Dr. DeClair said.

“We actually met with a survivor of the Srebrenica genocide who lost his twin brother and father during the slaughter in that city. These are important lessons to learn with the rising tide of nationalism gaining strength across the Western World.”

Haley Thurston ’20, a health promotion major, was shocked by what she saw. “There are times when I still am unable to wrap my head around everything that people went through,” she said. “We have visited concentration camps and memorial sites that I will never forget. It blows my mind that people can be so inhumane.” 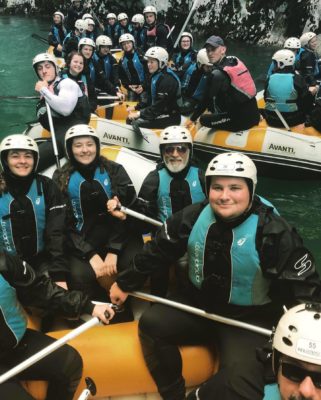 Outside of the harrowing history, Thurston has enjoyed the outdoor activities.

“Whitewater rafting put me out of my comfort zone and pushed me to my limits,” she said. “I got very close with my group of friends and we all had to trust one another. It was very fun.”

The group also hunted for truffles and got to eat delicacies made from the delicious fungi afterward, Thurston said.

“This trip has brought me so much,” she said. “I am so thankful for the group of friends that I have made and the incredible sites that we have seen. I will cherish these memories forever.”

Dr. DeClair said the trip is a rare experience. In the first two weeks, they saw very few Americans and no other groups from U.S. colleges. Some of his connections who work in study abroad have told him it’s a “cutting edge” destination for college-age students. “I’m very proud of the University of Lynchburg and its students for undertaking this arduous journey,” he said. 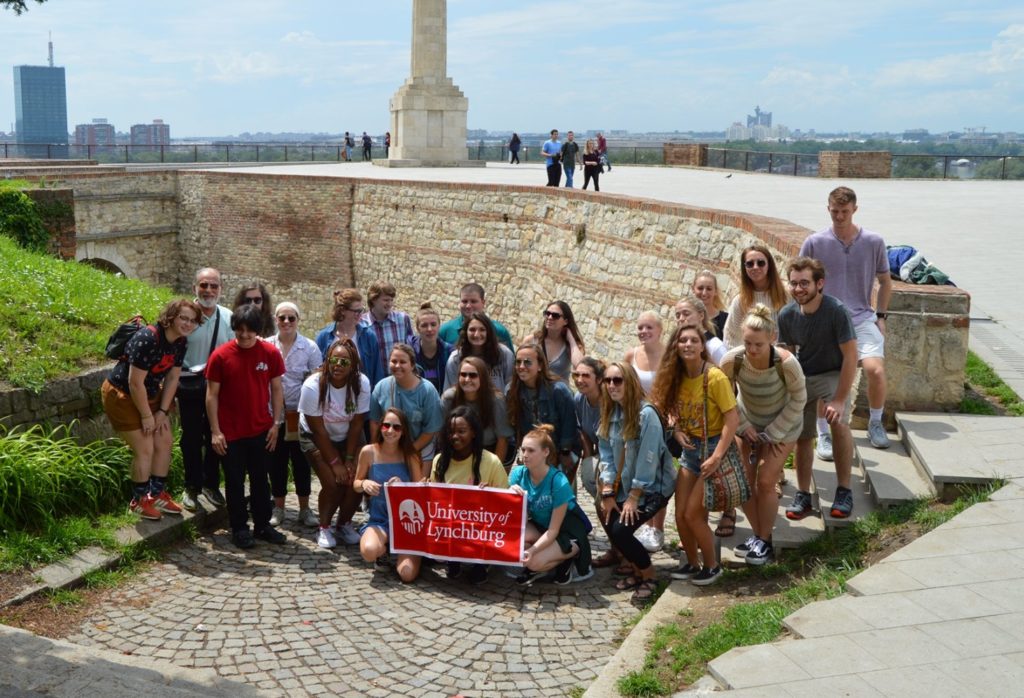