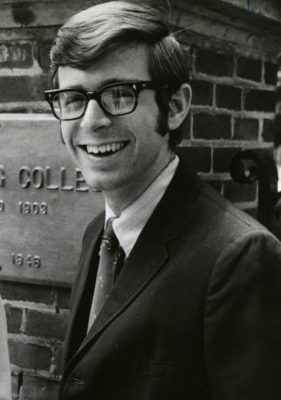 The Richmond-based jazz quintet Solver will bring its music to the University of Lynchburg for a concert honoring the founder of the University’s first concert band next weekend.

Solver will play at 8 p.m. Saturday, April 6, in Memorial Ballroom in Hall Campus Center. The event is free and open to the public.

Solver is an instrumental jazz quintet performing original compositions that stretch the boundaries of all genres of American music. Solver’s members have been making music together in various combinations for 20 years, and they have performed for shows including NPR’s Tiny Desk Concert and in prestigious venues such as the Kennedy Center.

Solver’s performance at Lynchburg comes during Westover Alumni Weekend, April 5 to 7, when the Class of 1969 will celebrate its 50th reunion. All alumni celebrating their post-45 reunions are welcome to attend.

This concert is sponsored by the G. Alan Meredith Fund for the Enhancement of Performing Arts, which honors Alan Meredith ’69, founder and director of the first Lynchburg College concert band. Meredith was also the coordinator of student activities during his time at Lynchburg. He had a love for jazz, which makes this jazz concert a fitting tribute.

The G. Alan Meredith fund was created by Meredith’s classmates and friends, including Judy Goding ’69. She suggested using this fund to pay for a jazz concert because she wanted to showcase Meredith’s instrument, the trumpet. “Jazz was a consideration since the trumpet could be featured more in a smaller group than with a larger group,” Goding said.

Check out this piece of history the next time you're in Schewel Hall. It's the history of the Lynchburg College band, founded in 1967.

Goding attended high school and college with Meredith, and she worked with fellow classmate and original concert band musician Greg Rice ’69 to start the fund. “Greg wanted to recognize Alan for his vision to increase instrumental music for the music department, as well as his leadership skills for organizing student-driven activities,” Goding said. “After a few pledges for the fund, Greg met with the University to formally establish the G. Alan Meredith Fund to enrich the performing arts.”

Goding said the fund has grown large enough to support the concert, and there will be many more concerts in the future.