/ News / Robert Lee IV to speak at University of Lynchburg

The Rev. Robert Lee IV will deliver three lectures in Lynchburg on March 3 and 4, including two talks at the University of Lynchburg.

His visit begins with, “Should the Church Call for Unity” at 4 p.m. Sunday, March 3, at First Christian Church. 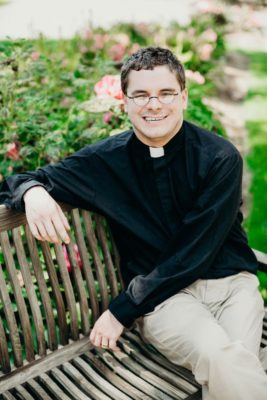 He will speak in the University’s Senior Symposium at noon Monday, March 4, in Sydnor Performance Hall on the topic of memorialization and reparation.

He will present “The Narrative Arc of Social Transformation: Idolatry, Heritage, and Our Place in It All” at 7:30 p.m. March 4 in Snidow Chapel. All appearances are free and open to the public.

Lee earned his master’s degree in theological studies from Duke University Divinity School and currently lives in the Piedmont area of North Carolina. He is a professor at Appalachian State University and an author and minister.

He is best known for speaking out against racism, including in a brief speech at the MTV Video Music Awards in August 2017, just weeks after violence erupted in Charlottesville over the proposed removal of a statue of Confederate General Robert E. Lee — his indirect ancestor. Lee is the author of Stained-Glass Millennials and a new book forthcoming in April, A Sin By Any Other Name: On Race, My Love Letter to the South.

As a white southerner who supports the Black Lives Matter Movement, Lee has an interesting perspective, according to Stephanie McLemore, University of Lynchburg chaplain and director of church relations. “He is consciously aware of the depth of racial division, particularly in the South,” she said.

His stance has caused some backlash, including pressure that led to him stepping down as pastor of his church in North Carolina. McLemore said he sets an example. “Social justice is important, and taking a stand for what you believe in is important,” she said.

“This talk is very timely,” she continued. “We have to figure out how to come to terms with the lack of racial equity and continue to do better and have transformative conversations.”