Lawrence Ross, author of Blackballed: The Black and White Politics of Race on America’s Campuses, will speak at the University of Lynchburg on Wednesday, February 20. The talk, which begins at 6:30 p.m., will be held in Memorial Ballroom at Hall Campus Center. The event is open to the public and free.

“His goal is to uncover and expose the outdated and racist policies and practices on college campuses and the implications it has for African American students,” B.J. Keefer, director of student engagement and leadership development, said of the lecturer and best-selling author. 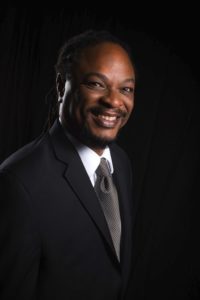 “Basically, he’s looking at white privilege. The topic is uncomfortable, but necessary for all of us to hear. He uses actual social media photos, sometimes finding those from the campuses he visits, to expose what happens on our campuses.”

Among other things, Ross’s “Know Better/Do Better” lecture also addresses hiring processes, enrollment, and the use of blackface on campus, which has been prominent in the news media lately. Keefer called the lecture “timely and important” and added that “the political climate … makes this an important topic for everyone to be exposed to.”

Last year, Keefer took a group of students to the Northeast Greek Leadership Academy in Pittsburgh, where Ross was one of the speakers. She said the students who went on the trip “overwhelmingly felt that he needed to come to campus.”

One of these students, Savannah Doane ’19, is helping coordinate Ross’s visit to Lynchburg.

“I chose Lawrence Ross because his talk is so relevant to issues in society and I think he teaches some important lessons that we can all benefit from.”

She said, however, that attendees should be ready to get out of their comfort zones. “When most speakers speak about sensitive topics, such as racism, they try to make sure everyone is comfortable and then try not to step on anyone’s toes,” she said.

“The reality is that you should be uncomfortable when talking about racism because we should be uncomfortable with the fact that people are treated differently simply because of the color of their skin. Lawrence Ross addresses these issues and offers real-life examples of racist acts that happen every day. He says it isn’t enough to not be racist to get rid of racism. We all must become anti-racism.”

Ross is the author of six books, including the Los Angeles Times best-seller, The Divine Nine: The History of African American Fraternities and Sororities. He has lectured at more than 600 colleges and universities. He has a Bachelor of Arts from UCLA and a Master of Fine Arts in screenwriting from the UCLA School of Theater, Film, and Television.

His lecture at University of Lynchburg is hosted by the Student Activities Board, Student Government Association, Panhellenic Council, and the Office of Equity and Inclusion. It is presented in partnership with Sweet Briar College.