Leon Logothetis, host of the Netflix series “The Kindness Diaries,” will be at the University of Lynchburg on Tuesday, November 6. The talk, hosted by the Bonner Leader Program, will be held at 7 p.m. in the ballroom at Hall Campus Center.

The public is invited and admission is free.

In “The Kindness Diaries,” Logothetis, a former London-based broker, travels the globe on a vintage motorbike, living off the kindness of strangers. He often repays these favors in unexpected, life-changing ways.

Bringing Logothetis to Lynchburg was Miller’s idea. About a year ago, she and her 6-year-old daughter, Gabby, started watching “The Kindness Diaries.” Miller said they were “randomly flipping channels” and happened upon the first episode. In no time, they’d watched the entire series and Gabby started asking her mom what they could do to help people.

“We really bonded over it,” Miller said. “Gabby started going through stuff to donate. She gave away toys and money she’d earned for chores. She’s the kid at school that befriends the new kids. She just really latched onto the whole kindness idea.” 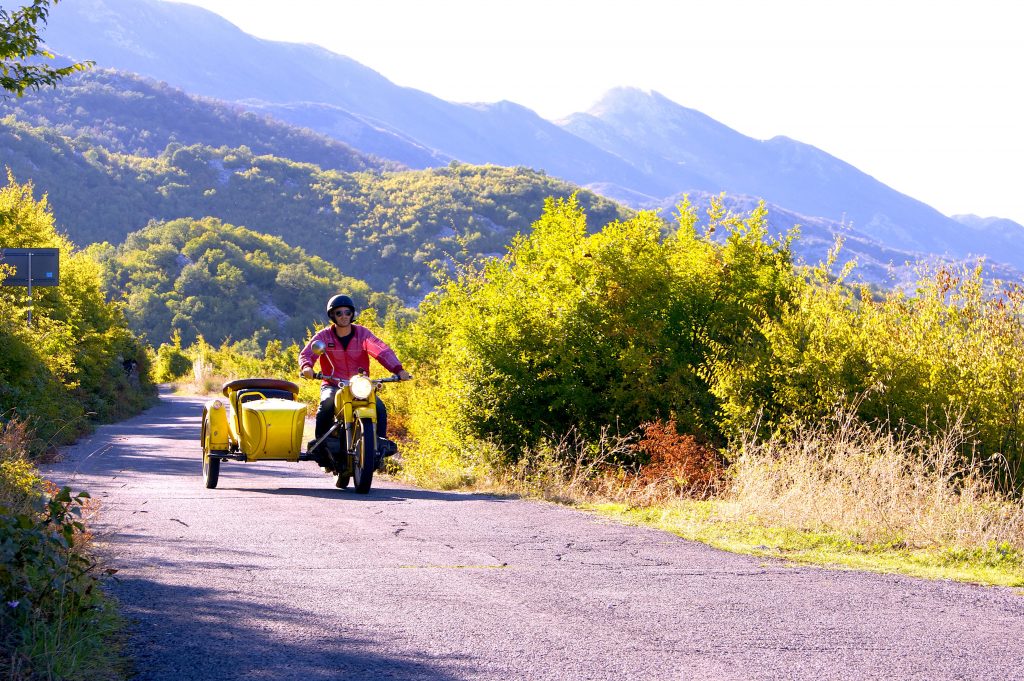 When Logothetis had a contest on Facebook to give away copies of his latest book, Live, Love Explore: Discover the Way of the Traveler a Roadmap to the Life You Were Meant to Live, Miller sent him a message. He replied, and after a few messages back and forth, Miller started thinking it would be great to have Logothetis speak at Lynchburg.

Miller talked about it with Dean of Students Hayward Guenard. Then Guenard approached Cynthia Ferguson, interim coordinator of Lynchburg’s Bonner Leader Program, about sponsoring the visit. Ferguson saw it as a good opportunity for her service-oriented group.

“I spoke with the Bonner Leaders and with us going through the expansion of the program [to four years], we felt like we wanted to give back to the campus community,” she said. “We wanted people to be more aware of what Bonners are and what they do. We felt like with Leon and the things he does to spread kindness and experience kindness and that human connection, that is what Bonner is all about. We felt like it would be a good fit for us to do that.”

Miller said when she told Gabby that Logothetis would be coming to Lynchburg “she just screamed. She was so excited.”

At Lynchburg, Logothetis’ speech will focus on a statement he heard several years ago: “I see you.” The three words changed his life and trajectory. “I began to muse [about] how many of us could relate to living our lives without this magical, yet crucial emotional delicacy,” he writes on his website. “We seek it. We yearn for it. We often don’t find it.

For three seasons, Logothetis also hosted the National Geographic International series “Amazing Adventures of a Nobody,” in which he traveled the U.S., United Kingdom, and Europe on a daily allowance of 5 dollars, 5 pounds, or 5 euros.

Along the way, Logothetis has visited more than 90 countries and every continent, and has written three books, Amazing Adventures of a Nobody, The Kindness Diaries, and Live, Love Explore: Discover the Way of the Traveler a Roadmap to the Life You Were Meant to Live.

In addition to Netflix and Nat Geo International, his travels have been documented by The New York Times, NBC, The Huffington Post, the BBC, People magazine, and numerous other media outlets.