/ News / ‘Evolution of America: 1619 to Today’ documentary at University of Lynchburg Oct. 22

University of Lynchburg will host a screening of the documentary “Evolution of America: 1619 to Today” at 7 p.m. Monday, October 22, in Hopwood Auditorium. The event is open to the public and admission is free. 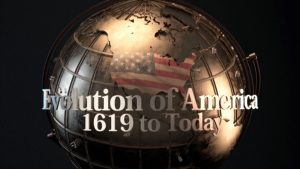 The documentary screening is one of numerous events planned at the University of Lynchburg over the next year in conjunction with American Evolution, Virginia to America, 1619 to 2019. The series of events, legacy projects, and initiatives celebrates the 400-year history of the Commonwealth of Virginia.

American Evolution commemorates the ongoing journey toward the key ideals of democracy, diversity, and opportunity. Lynchburg is a higher education partner of the commemoration.