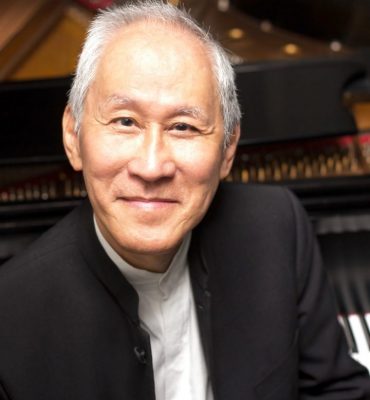 Dr. Luck’s concert will include music composed by Frédéric Chopin and Isaac Albéniz. The decision to perform work by Albéniz, a Spanish composer, has a direct connection to Daura, a Catalan artist who was chairman of the College’s art department from 1945 to 1946 and the namesake of its art gallery.

“Knowing Pierre Daura’s connection to the City of Lynchburg, his tenure at both Randolph College and University of Lynchburg, and the existence of LC’s Daura Gallery, I was inspired to include the music of Albéniz, a fellow Catalan from the previous generation,” Dr. Luck said.

Albéniz, a pianist and composer that Dr. Luck compared to Frederic Chopin, was active in London and Paris in the latter part of the 1800s. His work was “inspired by the dance rhythms of Spain,” Dr. Luck said, which resulted in a four-book collection titled, “Iberia.”

Dr. Luck’s performance at Lynchburg will include three of the 12 pieces from “Iberia,” along with Chopin’s “Etude in F Minor, opus posthumous” and ballades No. 3 and 4.

Dr. Luck has performed, lectured and held master classes in the U.S., Canada, South America, Europe, Australia, Asia, and the Caribbean. He was a prizewinner at the Geneva International Piano Competition and was appointed a Member of the Order of Service of Guyana with the Cacique’s Crown of Honor.

Among numerous venues, he has performed at London’s Queen Elizabeth Hall and Royal Albert Hall, the Théâtre des Champs-Elysées in Paris, and New York’s Lincoln Center.