A company founded by a University of Lynchburg history graduate is one of the fastest-growing businesses in Charlotte, North Carolina. 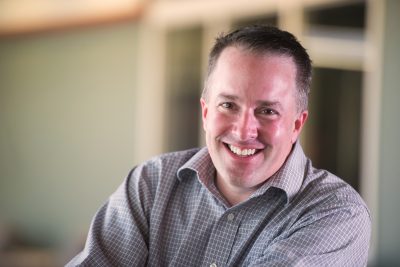 Rankin is a second-generation University of Lynchburg graduate. His parents are John Rankin ’65 and Charlotte Mays Rankin ’68. Growing up in nearby Staunton, Virginia, Rankin occasionally visited campus with his parents. He remembers being impressed with the beauty of campus and how nice everyone was. When it was time to choose a college, he liked the idea of having small classes with professors who would focus on him and serve as mentors.

“I couldn’t ask for a better school,” he said.

At first, Rankin took a lot of classes in different topics: literature, Spanish, and history. “I took a little of everything just to see what I was interested in,” he said.

When he had to choose a major, history won because he had a lot of history credits and he enjoyed the energy that history professors demonstrated for their topic. “When someone else is passionate about history, it makes you want to listen,” he said.

He didn’t know what kind of career he wanted, so after graduation he followed in his father’s footsteps in the insurance business. After about a decade, he grew frustrated with the red tape involved when people’s computers, printers, and other electronics were damaged in lightning storms or other accidents.

“It was an unusual process,” he said. “The company would send them a bunch of paperwork to fill out. The owners were responsible for calling a lot of different businesses to get quotes, and there was a lot of back and forth. I wished there was actually a company out there that would just send out a technician to document everything.”

Eventually, he decided to grant that wish and start ZAP Consulting. He started out with a few technicians who made inspections for him, and now has a network of about 500 independent technicians across the U.S.

Insurance companies received the idea well. “I didn’t have much of a business background, but I knew if we did a good job and they were pleased and it made sense, we would hopefully grow and sustain our business,” he said.

As an entrepreneur, he often draws from the resilience and determination he built in college. “I wasn’t always the best student,” Rankin said. “But if something didn’t work out, I would just pick the pieces up. I continually do that in business as well.”

Looking back on his career and his college experience, he’s glad he majored in history. His advice for students is to “pick something you’re passionate about and study it” and then move into a career, whether or not it’s directly related to the major. “There are things you can learn as you grow,” he said. “Your education doesn’t end after you graduate.”

Rankin sat down for a video interview at Homecoming 2017. Watch the video here.