Several University of Lynchburg students recently made a successful presentation at the international Black Male Summit at the University of Akron. As members of the student group Man2Man, they explained how others could follow in their footsteps to create a program that helps black students succeed. 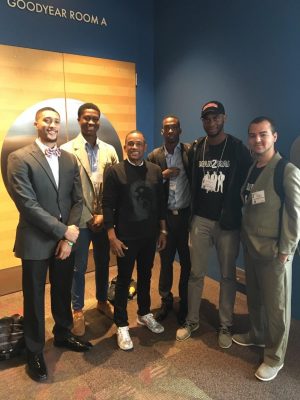 “Man2Man is a student organization designed to help men of color thrive on campus,” said Man2Man founder Aaron Smith ’05, ’07 MEd, Lynchburg’s diversity and inclusion officer. “We specifically look to achieve success academically, through retention and life success through mentoring. The students in the group seek to mentor others within the community, while they themselves are being mentored by alumni, community leaders and other positive role models.”

Man2Man began in 2014. Smith said the program was created with the goal of greater minority male achievement in mind. This organization taught many of the members about leadership and mentorship. One member, Claudio Otero ‘19, said he has “grown as a leader” since joining Man2Man.

Smith was not able to attend the Black Male Summit because it was scheduled for the same day as the Minority Access National Role Models Conference, where he received a personal recognition as a role model and accept an award recognizing University of Lynchburg as a role model institution. He worked with the Man2Man students so they could give the presentation on their own.

Smith produced a slide show for the students and they divided the presentation between them. “Although we all had our own tasks, it was a group effort,” said Man2Man member Marc Propst ’19. The presentation was about “how to start a group like Man2Man at a predominately white institution,” and it also gave an overview of the program and summarized its impact on minority males’ graduation rates, said Abdul-Nabei Mumuni ‘18.

The students got great feedback for their presentation and made many connections at the conference.

Otero said he learned that networking is important for success and that they “got a lot of compliments on the presentation.” Propst said he “made connections with almost ten people from different places” and a lot of people at the conference “brought back our information to their institutions.”

The students also learned more about diversity, inclusion and equity and realized how significant their successful program is. “Even though University of Lynchburg is a small school, Man2Man is actually doing something big,” said Mumuni. 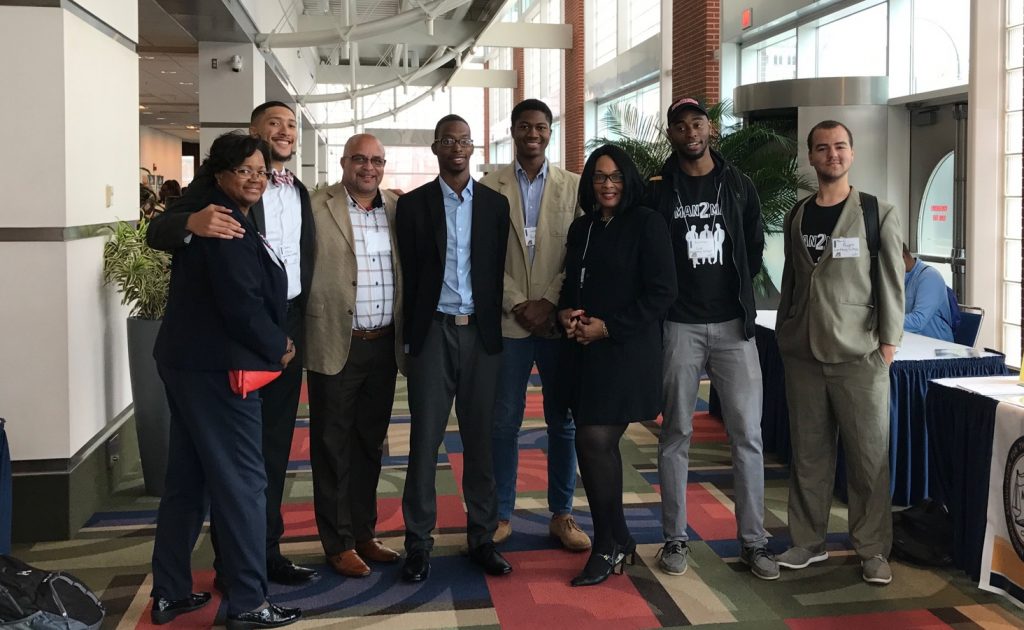