/ News / Microsoft CTO, alumnus to be honored at Homecoming

Scott, who majored in computer science at Lynchburg, was named CTO of Microsoft in January, shortly after the company acquired LinkedIn, where he had been senior vice president of engineering. 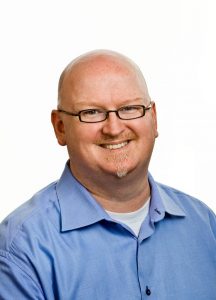 As a graduate of Westover Honors, Scott will speak at the Westover Honors Reunion Lunch on Saturday, October 21, at 11:30 a.m. The reunion lunch will celebrate 30 years of Honors, as the Westover program was founded in 1987. Westover Honors is a vibrant learning community for academically gifted students. Its innovative, interdisciplinary approach to education promotes interaction among students who value academic excellence.

Scott’s 20-year career in technology spans both academia and industry as a researcher, engineer and leader. At LinkedIn, he helped build the professional social network’s technology and technology team and led it through an IPO and six years of rapid growth. In 2013, the publication Business Insider called him “the engineer who saved LinkedIn” because of his leadership as the company rebuilt its website architecture from the ground up.

Prior to joining LinkedIn, he oversaw mobile ads engineering at Google, including the integration of Google’s $750-million acquisition of AdMob. Before AdMob, he held numerous leadership positions at Google in search and ads engineering, and helped with the company’s early efforts to establish remote engineering centers.

He is the recipient of a Google Founder’s Award and an Intel PhD Fellowship. He is a co-founder of The Scott Foundation, a family foundation focused on hunger, early childhood education, and women and girls in technology, and the founder of Behind the Tech, a nonprofit that shares photos and stories of people who develop modern technology.

Scott also is a board member or advisor to several Silicon Valley startups and professional groups. His academic research on dynamic binary rewriting has been cited hundreds of times in other scholarly work.