A Latino International Book Award winner and the poet laureate of Virginia will come to University of Lynchburg this year for the Thornton Reading Series. 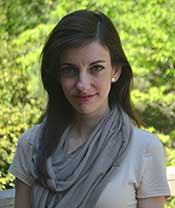 Chantel Acevedo, a professor in the MFA program at the University of Miami, will kick off the event series at 7:30 p.m. on Wednesday, September 6, in Sydnor Performance Hall. She is the author of several acclaimed works of historical fiction; Her first novel, Love and Ghost Letters, won the Latino International Book Award and was a finalist for the Connecticut Book of the Year, and The Distant Marvels was one of Booklist’s “Top Ten Historical Novels of 2015.” Her fiction and poetry have been nominated for the Pushcart Prize and have appeared in Prairie Schooner, American Poetry Review, North American Review, and Chattahoochee Review.

Tim Seibles, who currently serves as poet laureate of Virginia, will present a reading on October 25 at 7:30 p.m., also in Sydnor Performance Hall. A poet and Old Dominion University professor, Seibles has received the Open Voice Award, the PEN Oakland/Josephine Miles Literary Award, and fellowships from the National Endowment for the Arts and the Fine Arts Work Center in Provincetown.

The Thornton Writing Program is named for Richard H. Thornton, a distinguished graduate from the Class of 1907 who established an endowment to bring visiting writers to campus. Since 1975, the program has brought successful poets, novelists, dramatists, and nonfiction writers to Lynchburg.

“We aim to bring in writers who offer a diverse selection of voices, perspectives, and/or experiences that we believe will engage our students beyond the classroom,” said English professor and Thornton committee chair Allison Wilkins. The Thornton series has hosted writers with one book as well as “blockbuster names” such as Ron Rash or Jamacia Kincaid. Listening to writers from a variety of genres and cultures helps students “participate in the larger community of humanity,” Professor Wilkins added.

“The Thornton readings provide a moment of encounter between the writer and the audience,” she said. “And as listeners, we hear things we missed when reading on our own or we understand the subject differently when the author’s voice gives nuance that we previously missed. In short, a reading is a kind of immediate personal encounter.”

Other readings in the 2017-2018 academic year include poet Nikky Finney, whose book Head Off & Split  won the National Book Award for Poetry in 2011, on February 22, 2018. On March 14, two authors will present their works; fiction writer Carrie Brown — winner of two awards for best work of fiction from the Library of Virginia — and Molly McCully Brown — author of The Virginia State Colony For Epileptics and Feebleminded, an award-winning poetry collection about the state residential hospital near Lynchburg that became infamous for its practice of eugenics.