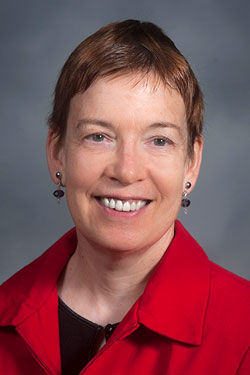 I joined the faculty of the University of Lynchburg in 1989, where I teach Latin and English and serve as Program Coordinator for the minor in Classical Studies and advisor to the Latin Club. I also teach and advise in the Medieval and Renaissance Studies minor program.

I am drawn to the study of both Latin and Middle English literature through a fascination with the influence of classical and medieval Latin texts on today’s professions, and the performance of narrative and lyric poetry through storytelling, recitation, and acting.

My research interests include both literary studies and teaching methods. Research in progress focuses on classical and medieval Latin texts as sources for the study of Latin, composition and critical theory in Middle English literature.

From research during my sabbatical in 2017, I am currently working on an anthology, Latin Across the Professions, based on research by students in Latin 201. As part of the course, students identify Latin texts that contributed to the development of their majors or careers. An outgrowth of this project is the new course. LATN 205, Intermediate Latin I—Medical, based on original authors whose works have contributed to the history of medicine. For the summer of 2018, I was awarded a DuPont Innovative Teaching Grant for research in preparing this course.

I am currently editing and translating a play by Thomas Chaundler, Libellus de laudibus duarum civitatum (Libel in Praise of Two Cities), a satiric disputation between representatives of Bath and Wells (composed in the mid-fifteenth century), each arguing for the newly elevated bishop, Thomas Bekynton, to choose their city for his episcopal residence.

Commitment to Diversity and Inclusion

As part of the We Are Inclusive (WIN) Team at the University of Lynchburg, I uphold its commitment to integrity, diversity and an inclusive community by participating in diversity initiatives that support multicultural services, Title IX compliance, prevention of discrimination and harassment, and ongoing education of the campus community in these areas.

The photo at the right – symbolic of our lives – is a scene from the beach park near our former apartment in Hilo, Hawaii, home of several telescopes on Mauna Kea. I leave you to guess which dog is the one about to go off the raft.