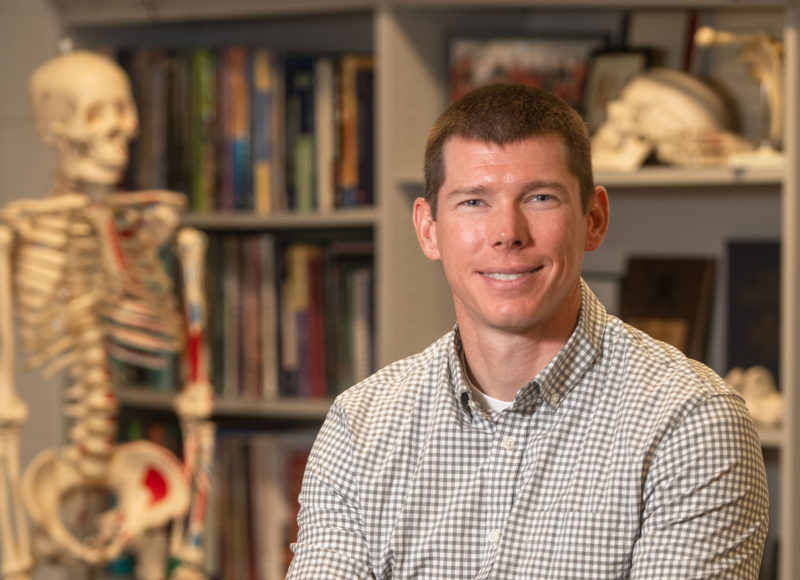 Dr. Tom Bowman, professor of athletic training at the University of Lynchburg, has been named a Fellow by the National Athletic Trainers’ Association Research and Education Foundation.

The award, which “recognizes national and international excellence in athletic training research and scholarship,” will be presented at the 73rd NATA Clinical Symposia and AT Expo held June 28 through July 1 in Philadelphia.

At the national convention, Bowman and a colleague from Ohio University also will make a presentation, “Best Practices and Barriers to Implementing Concussion Rehabilitation and Patient Reported Outcome Measures.”

Bowman has taught at Lynchburg since 2004. He has done extensive research on head and neck injuries in sports and athletic training socialization issues. He has published and presented extensively in these areas and has received numerous grants in support of his research.

He also has involved dozens of students in his research, along with some of the University’s athletic teams. “Collaboration with students is a huge reason I think I was selected [as a Fellow],” he said. “Much of my work includes students and I’ve been beyond fortunate to work with incredibly bright young professionals.”

Bowman’s status as a Fellow will build on this. It allows him to sponsor up to five student abstract submissions each year for consideration by the NATA’s Free Communication Program Committee. He must, however, be an official co-author and review and “sign off” on the abstracts.

“Dr. Bowman is consistently recognized beyond the Lynchburg community for his scholarly works and scholarly involvement,” said Dr. Debbie Bradney, professor of athletic training and director of the Master of Science in Athletic Training program at Lynchburg.

“Through his research, Dr. Bowman has mentored many of our undergraduate and graduate students. If you look at his list of publications and presentations, you will see that the majority involve students.

“Due to his mentoring, the students publish and receive awards for their research projects. He is a tremendous asset to our MSAT program, the University of Lynchburg, and the athletic training profession.”