/ News / ‘Sex, Science, and the State’ subject of March 5 lecture

University of Lynchburg will host Dr. Laura M. Puaca to speak at this year’s John M. Turner Lecture in the Humanities on Tuesday, March 5, at 7:30 p.m. The lecture, titled, “Sex, Science, and the State: Encouraging U.S. Women in STEM, 1940-1980,” will be held in Memorial Ballroom in Hall Campus Center. This event is free and open to the public. 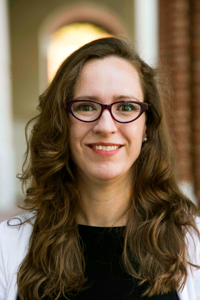 Dr. Puaca won the History of Science Society’s 2017 Margaret W. Rossiter History of Women in Science Prize for her book, Searching for Scientific Womanpower: Technocratic Feminism and the Politics of National Security, 1940-1980, in which she traces feminist interest in science and technology during World War II and the Cold War. Dr. Puaca’s lecture will be based on her book and will focus on the Cold War era and contemporary issues relating to the increase of women entering STEM fields.

University of Lynchburg history professor and John M. Turner Chair in the Humanities Dr. Brian Crim chose Dr. Puaca because he was fascinated by her concept of “technocratic feminism” and how women used national security arguments to push for women in traditionally male-dominated fields. Dr. Crim met Dr. Puaca when they both advised for Phi Alpha Theta, the history honor society. 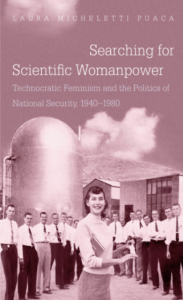 “I hope the audience will see how the humanities, social sciences, and hard sciences influence one another, as we often focus on our own major or field of study and fail to see how other subjects and ideologies influence our profession,” said Dr. Crim. “Dr. Puaca’s work on feminists invoking national security language to argue for integrating talented women into STEM professions is important and relevant today as much as it was 70 years ago.”

The John M. Turner Lecture in the Humanities was established in 1992 by a grant from the National Endowment for the Humanities and contributions from alumni, faculty, staff, and friends of the University of Lynchburg. The John M. Turner Distinguished Chair in the Humanities and the Turner Lecture were named in honor of Dr. John Mills Turner ’29, English professor, dean of the College, vice president for academic affairs, and one of the most beloved and respected members of the University of Lynchburg community for 41 years (1933-74).