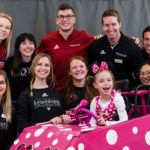 On the Thursday afternoon before Halloween, three teams of Doctor of Physical Therapy students from the University of Lynchburg were putting the final touches on their costumes: Minnie Mouse, Captain America, and Mario of “Super Mario Bros.” fame.  “Costumes” might be a bit of a misnomer, however. These were way more than costumes. 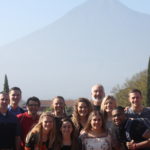