Gustavo Romero, an internationally acclaimed pianist, will present the piano sonatas of Ludwig van Beethoven at the University of Lynchburg in a concert series beginning with this month. 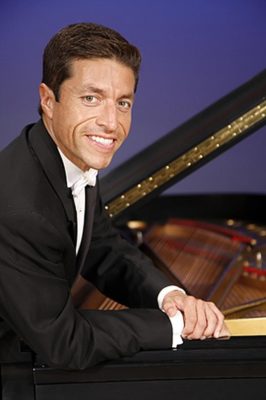 The September performances are the beginning of a larger series celebrating the upcoming 250th anniversary of the classical composer’s birth in 1770. Romero will play about half of Beethoven’s 32 sonatas, but Lynchburg music professors hope to host him again next year for the remainder of the sonatas.

These concerts provide a rare opportunity to hear a master of the piano perform works by a groundbreaking composer who made the art form his own, music professor Dr. F. Johnson Scott III said.

A sonata typically begins and ends with fast movements with a slower movement between them, but “Beethoven broke those norms,” Scott said. “His ‘Moonlight Sonata’ is a great example. It starts with a very slow, contemplative movement.

“His early sonatas are very typical to the classical period, but his later sonatas enter the romantic period. There were a lot of changes in his composition styles as he started to lose his hearing. … He was kind of the introduction of the romantic period, in terms of the piano. He did things no one had ever done.”

In the Lynchburg concerts, Romero will move somewhat chronologically through Beethoven’s sonatas.

Romero’s performances have been described as “authoritative, incontrovertibly Beethovenian” by the Los Angeles Times. A native of San Diego, he has performed with the world’s leading orchestras, including the New York Philharmonic, Atlanta Symphony, the Boston Pops Orchestra, and Philharmonia Hungarica. He is performing his series of Beethoven’s sonatas in Europe, Asia, and South Africa, as well as other locations in the U.S.