The University of Lynchburg Republicans welcomed Republican candidate Corey Stewart to speak on October 29, 2018 as the upcoming election approaches. To rally more votes before November 6, Stewart visited and delivered a speech to Lynchburg students and local community members. 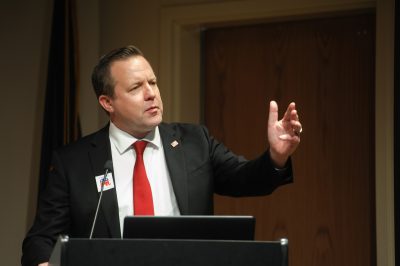 Stewart talked with students about his plans work on issues related to illegal immigration and the economy. He expressed hope for Election Day because of a recent poll showing Republicans leading on the generic ballot going into November 6.

He said he would work with the current Trump administration to make an impact on issues such as making recent tax cuts permanent. He said the tax cuts have led to an improved economy and record-low unemployment rates.

He promised to be there for all American citizens, regardless of their party affiliations but rather seeing them as one unified group. “I’m a conservative Republican, but I will work with Democrats. … That doesn’t mean compromising your principles. It means you have to keep your mind open.”

As he concluded his speech, Stewart acknowledged different branches of the Republican Party, including libertarians and traditional conservatives, and vowed to work for all. “Whatever branch you belong to, I ask for your vote,” he said. 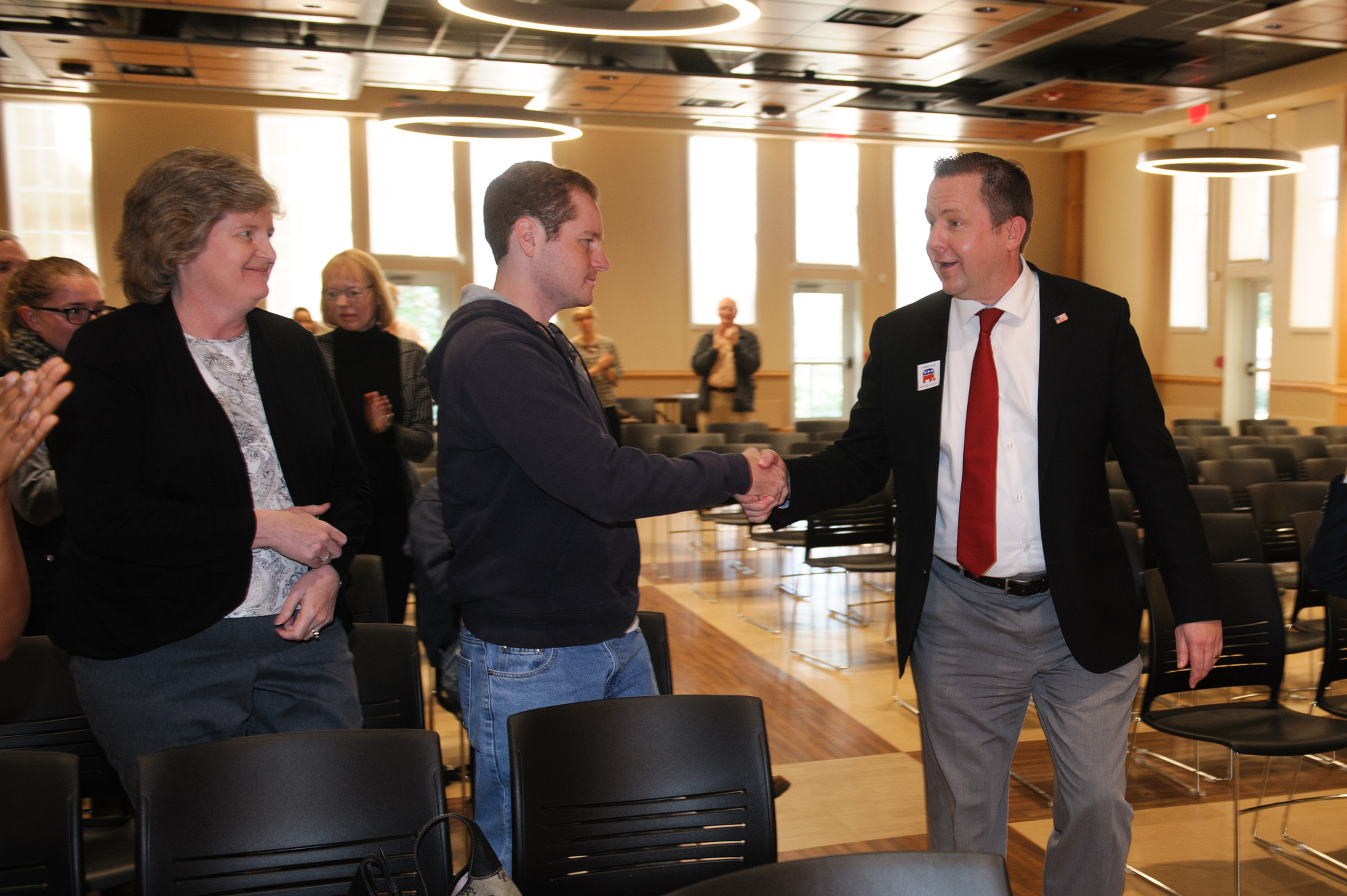