More than 730 students will celebrate their graduation at the 115th Commencement of University of Lynchburg. The procession will begin on the Dell at 9 a.m. on Saturday, May 12. This is an hour earlier than past years. Chloe E. Fisher, recipient of the Robert L. Hill Distinguished Senior award, will carry the Class of 2018 banner.

These students have engaged in a wide variety of academic and co-curricular activities during their time at Lynchburg. More than 100 have studied abroad, and 68 of the undergraduates were student-athletes on varsity teams. Fifteen international students are celebrating Commencement, including six from India, four from St. Lucia, two from Nigeria, and one each from Vietnam, China, and Senegal.

More than 316 graduate students will receive degrees. Of these, 54 will be awarded the Doctor of Medical Science (DMSc). Lynchburg is the first college or university in the US to award the DMSc. Of the DMSc graduates, 17 also earned their Master of Physician Assistant Medicine at Lynchburg.

The 2018 Commencement speaker will be Setsuko Nakamura Thurlow ’55. Thurlow accepted the Nobel Peace Prize on behalf of the International Campaign to Abolish Nuclear Weapons (ICAN) in December 2017. She survived the nuclear bombing in Hiroshima in 1945 and has spent much of her adult life advocating for nuclear disarmament.

According to ICAN, “She was instrumental in the creation of the landmark Treaty on the Prohibition of Nuclear Weapons, adopted (by the United Nations) in July 2017 with the support of 122 nations. For decades, she has warned governments that inaction is not an option: Nuclear weapons must be totally eliminated if we are to ensure that no other city ever suffers the same fate as hers.”

Of Thurlow, University of Lynchburg President Dr. Kenneth R. Garren said, “Mrs. Thurlow provides the perfect example of what one person can accomplish by sharing her experiences, applying her education, and working with others. We’re delighted that she accepted our invitation, and I believe the Class of 2018 will be inspired by her message.”

A live stream of Commencement will be available on the University of Lynchburg Facebook page and on the College homepage.

Weather forecasts for Saturday currently call for a partly cloudy day with a chance of rain, with a high temperature of 88 degrees. If weather conditions require a change in the Commencement schedule, such changes will be announced on lynchburg.edu, University of Lynchburg social media, and the College’s weather-related schedule information line, 434-544-SNOW. Alternative scheduling options include postponing Commencement until 11 a.m. on the Dell or postponing to noon in Turner Gymnasium, with the gymnasium doors opening at 11 a.m.

For more information about Commencement, visit the University of Lynchburg website. 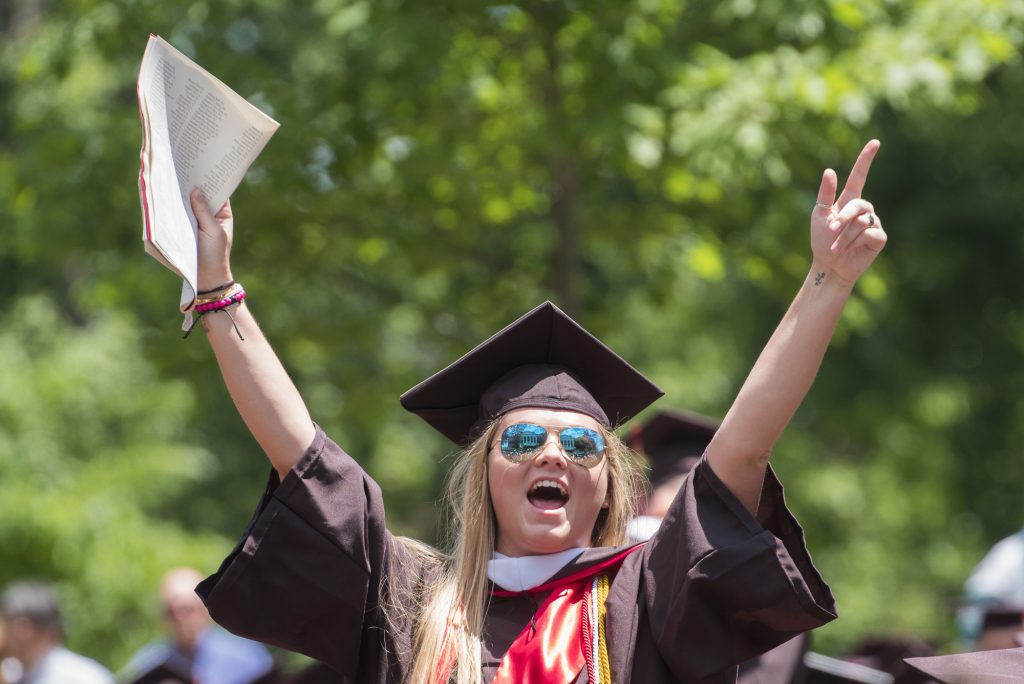