Lynchburg, Virginia, is a city on the move. Small enough to really get to know, but big enough to always offer something new. 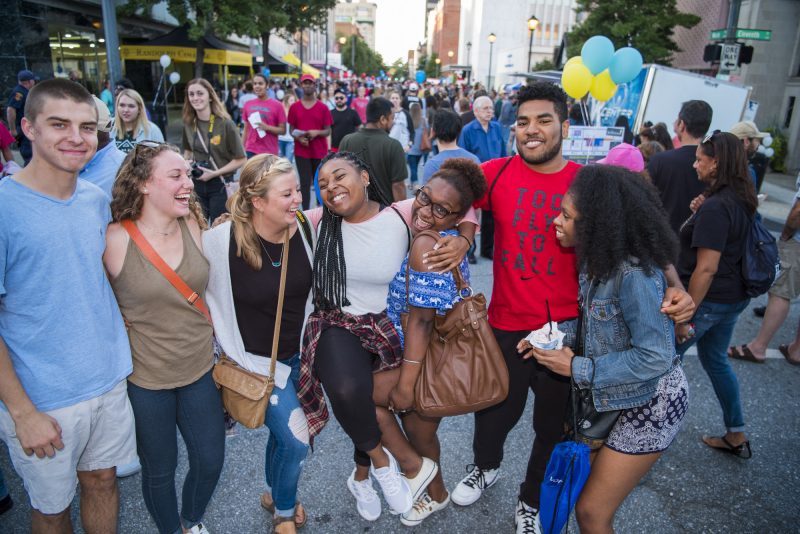 That’s why we’re ranked number 8 in the nation for college towns by 24/7 Wall St. We’ve got the college town vibe down with our up-and- coming arts and music scene, our athletic outdoorsiness, and our ability to simply slow down a little and take it all in. From college to community sports, one of the oldest farmer’s markets in the nation, and more nifty haunts and dives, food trucks, and local culinary legends than you can shake a stick, Lynchburg’s got it going on.

And, we’re also ranked number 6 in the U.S. on Gallup-Sharecare’s list of Highest Well-Being Communities. A survey of over 337,000 people showed that Lynchburg residents are happier — across the board — than almost everybody else in the nation. That’s a big deal and we’re pretty proud of it.

If you’re already here at Lynchburg, or you’re a graduate, pat yourself on the back for making such a great choice. And if you’re not, let’s change that. It’s always a great day to become a Hornet.