A C-SPAN crew visited the City of Lynchburg in January and spent several days filming sites and interviewing people about local historic and literary culture. Meanwhile, a C-SPAN representative made several presentations in University of Lynchburg classrooms. 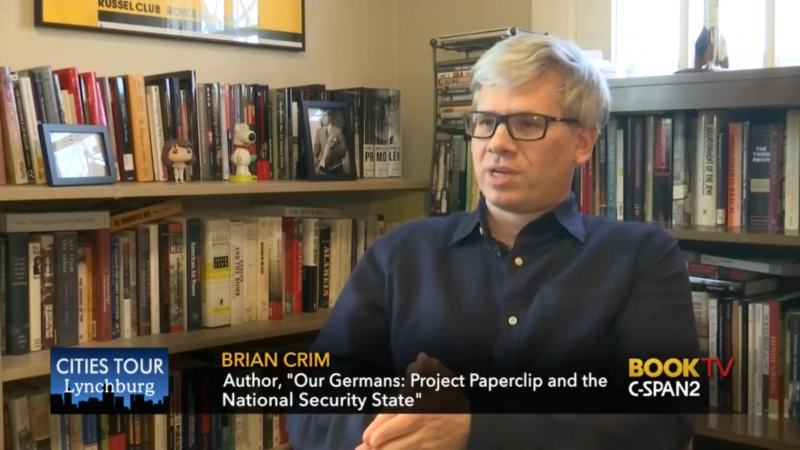 The crew interviewed history professor Dr. Brian Crim about his recent book, “Our Germans: Project Paperclip and National Security State.” Operation PaperClip, or Project Paperclip, was a secret government operation that evolved at the end of WWII. Realizing that German scientists had made breakthroughs in weapon technology, the United States secretly brought more than 700 ex-Nazi scientists into the U.S. to continue scientific work.

C-SPAN also visited Historic Sandusky and produced a segment about the home, which was used as the Union headquarters during the Battle of Lynchburg in the Civil War. Over the past 20 years, the Historic Sandusky Foundation has worked to restore the home to its Civil War-era condition and operate it as a museum. University of Lynchburg has owned and operated the site in conjunction with the foundation since 2016.