University of Lynchburg will hold a service in honor of Martin Luther King Jr. Day on Monday, January 15, in Snidow Chapel. The service, sponsored by the College’s Spiritual Life Center and Office of Equity and Inclusion, will begin at 6 p.m. The public is invited and admission is free. 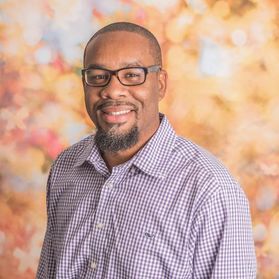 Among other things, the service will include music, a responsive reading, and a performance by Kuumba Dance Ensemble, a Lynchburg-based troupe that performs West African dance and drumming. Johnathan Harris ’02 will deliver the keynote lecture, “Chaos or Community: Leaving an Imprint.”

Harris is the 2017 recipient of Lynchburg’s M. Carey Brewer Alumni Award. The award honors young alumni who have made outstanding contributions to society. He is founder and headmaster of Lynnhaven Academy in Richmond. The private day school serves students in grades 5-12. He founded Lynnhaven in 2012 after working for several years in the public schools and becoming frustrated with what he viewed as a system that didn’t empower teachers to give independent and creative learning experiences to their students. Lynnhaven specializes in hands-on learning, all while preparing students for college.

Although it started with just one student, Lynnhaven now has more than 40. Harris has received commendations for his dedication to education from Senators Mark Warner and Jennifer McClellan, as well as Governor Terry McAuliffe. Under his leadership, all of Lynnhaven’s graduates have enrolled in college. In fact, its first graduate is a junior at Lynchburg today.