A C-SPAN crew is crossing paths with the University of Lynchburg community several times this week.

The team is in Lynchburg to film segments for the channel’s 2018 Cities Tour, a program that highlights the literary culture and history of cities around the United States. The stories from the Lynchburg region will include one segment about Historic Sandusky and another about Dr. Brian Crim’s new books about World War II.

Meanwhile, University of Lynchburg students have had a chance to meet members of the crew and learn from them. Communication studies major Justin Cummings ’19 shadowed a producer who was working on a story at the Lynchburg Museum on Monday. (You can see him lending a hand in a photo published by the News & Advance.) Ashley Hill, a producer and community relations representative for C-SPAN Cities Tour, made presentations in three classes on Tuesday. She talked with students in film production, multimedia reporting, and political science classes about the ins and outs of working in television journalism and how to use C-SPAN video libraries for research. 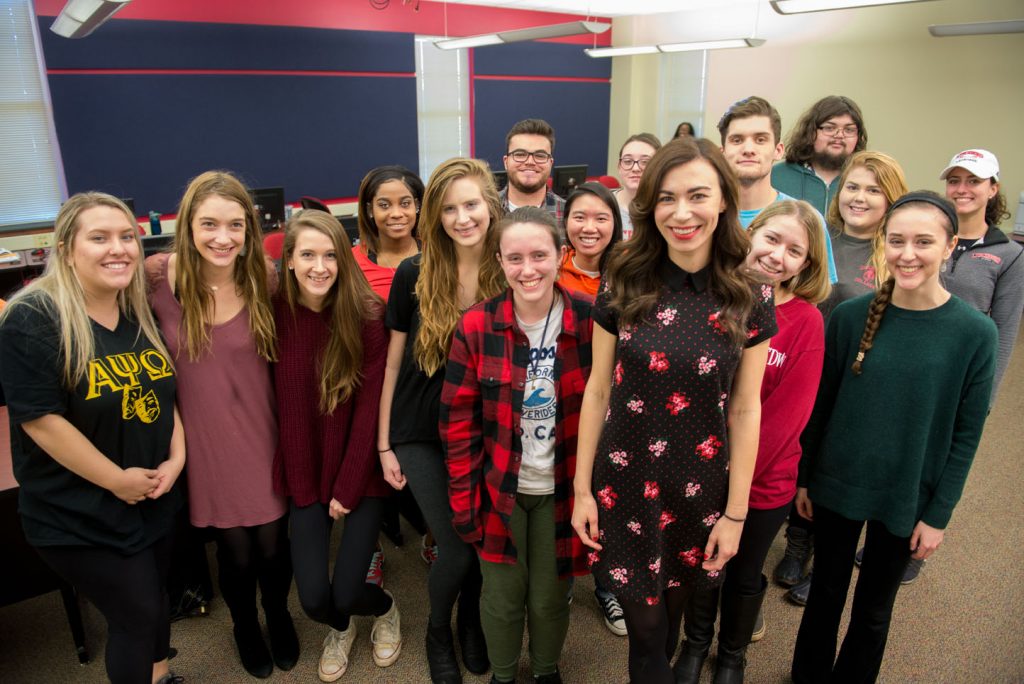 The C-SPAN Cities Tour segments about Lynchburg will air February 17-18.