University of Lynchburg shakes up William Shakespeare, Steampunk-style, with its production of The Bard’s “A Midsummer Night’s Dream” opening Thursday, October 5, in Dillard Theatre. 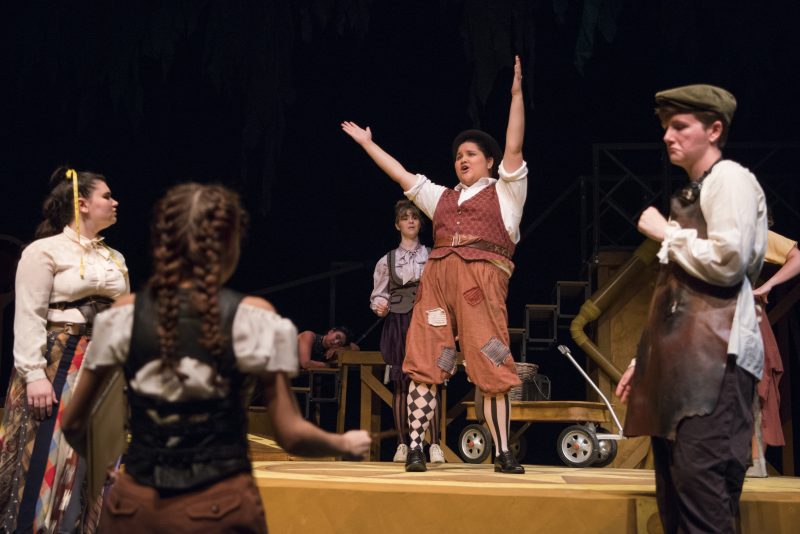 Lynchburg’s take on the classic comedy/fantasy has been described as “Victorian Steampunk with shades of Middle Earth.”

“Our designers went wild with it. They loved it,” theatre professor Jeff Wittman said of the sets, which include navigational tools, gears, and a treehouse.

Asked about the challenges of Steampunk-ing Shakespeare, Wittman said the real challenge was putting on a show four weeks into the academic year. Auditions were held during the first two days of the semester, he said, and rehearsals and work on sets, lighting and costumes began immediately. Lots of work was done on weekends.

“We love it all, though. This is our bag, our bailiwick,” he said, adding, “Art and theatre isn’t complete until you share it with an audience. Four-and-a-half weeks to try to get something stage-worthy and I think we’re there.”

Georgie DeCosmo ’18 (Hippolyta, Queen of the Amazons, betrothed to Theseus)

Ellee Evans ’19 (Hermia, daughter of Egeus, in love with Lysander)

Austin Candler ’20 (Demetrius, in love with Hermia and favored by Egeus)