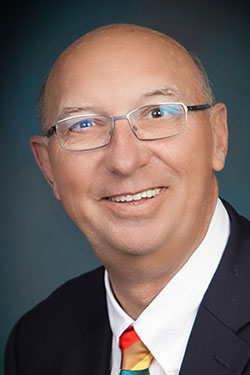 I began my teaching career in Lynchburg City Schools in 1971 at Dunbar High School which housed grades nine and ten. I also coached football at Dunbar and track at E.C. Glass High School. Later, I taught and coached at Heritage High School for three years. I returned to graduate school and spent two years at the University of Virginia working on my doctorate. While there, I was Assistant to the Executive Consultant for the National Federation of Urban-Suburban School Districts and Research Assistant with the Virginia School Boards Association.

In 1981, I returned to Lynchburg to become Principal of Dunbar Middle School. In 1982, I became Principal of E. C. Glass High School and remained there for eight years. During this time, E. C. Glass was recognized as a “Blue Ribbon” school by the U.S. Department of Education. In 1990, I was named Assistant Superintendent in Lynchburg City Schools with responsibility for curriculum, instruction, assessment, special education, technology, student activities, and athletics. I remained in that position until retiring in 2003. During this time, I also taught as adjunct faculty for the University of Virginia, James Madison University, and University of Lynchburg.

In 2003, I came to University of Lynchburg as a fulltime Associate Professor and Chair of Leadership Studies. My primary responsibility was to teach in the Master’s program in Educational Leadership, our state approved principal preparation program. In 2009, I was promoted to Professor. I continued to teach in the Master’s program but also headed our doctoral program in Interdisciplinary Leadership Studies which began in the fall of 2011.

During my administrative career, I have been very active with the Virginia Association of Secondary School Principals (VASSP) serving as a Board Member, Director of Federal Relations, and President. When I came to University of Lynchburg, I was simultaneously named as the Director of the VASSP Center for Educational Leadership which is housed on campus. In this position, I work with Dr. Randy Barrack, VASSP’s Executive Director. I provide workshops around the state on behalf of VASSP on a variety of topics. I also serve as VASSP’s Legal Editor. With the expansion of VASSP’s umbrella organization, the Virginia Foundation for Educational Leadership (VFEL), I also work with that organization.

My primary area of interest is school law. I have researched, written, and presented on the topic for more than thirty years including co-authoring The Legal Handbook for Virginia School Administrators (Omni Publishers). However, I have a much broader interest in improving schools and student achievement. As a result, I have been a primary presenter in Virginia around Breaking Ranks and Breaking Ranks in the Middle, both initiatives of the National Association of Secondary Schools Principals (NASSP).

I also worked closely with the Virginia Foundation for Educational Leadership (VFEL), the Virginia Department of Education, and the Center on Innovation and Improvement in the delivery of the Virginia Model for School Improvement, an initiative designed to help individual schools that were in school improvement. This effort included presentations at summer institutes and webinars.

I worked with Dr. Greg Wheeler in conducting research in Virginia school divisions around the school improvement process. We developed profiles for individual schools in divisions that had shown significant growth in student achievement. Through the research, we identified a set of common themes that emerged across these schools and school divisions.  Our publication, The Virginia Model: Profile and Common Themes, was published in 2011.

I was appointed by the National Association of Secondary School Principals (NASSP) to a three-year term on the Board of Examiners for the National Council for the Accreditation of Teacher Education (NCATE).  I served on the onsite and/or offsite review teams for colleges and universities in Ohio, Washington, North Carolina, Tennessee, and Georgia.

I completed Executive Development training through the National Institute of School Leadership (NISL) and VFEL and am a state and nationally certified trainer. NISL was recently named one of the top five leadership development programs in the country by the Business Roundtable.

In the summer of 2014, my book, Focused Leadership: Instruction, Learning, and School Improvement, was published by Rowman & Littlefield.