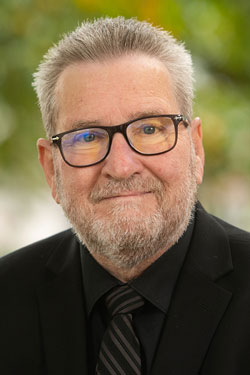 In addition to his academic experience, Dr. Sharp is a professional composer, arranger, orchestrator and musician. He has extensive experience as a professional trombonist, having served for 13 years as a bandleader and sideman for The Walt Disney World Company. As an arranger/orchestrator, he has provided music for many noted clients including the Disney parks worldwide, Universal Studios, SeaWorld, The Boston Pops, The Dallas Brass, and the Ringling Brothers and Barnum & Bailey Circus. He has also written pieces for several service bands including the famed USAF Airmen of Note, who recorded his arrangement of Duke Ellington’s “Caravan” on their 1999 CD, Invitation.

Dr. Sharp is also active as a composer and arranger of music for the scholastic market. He currently has over 200 published works in the catalogs of Alfred Music Publishing, The FJH Music Company, Inc., Jalen/Matrix Publications and several others. His compositions and arrangements have been performed multiple times at the prestigious Midwest Clinic in Chicago, and he is a nine-time winner of the ASCAPlus Award.