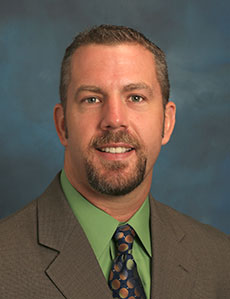 David Weil, PA-C, was very happy to share some good news with his DMSc faculty! He is currently Associate Program Director and Didactic Director with the PA Program at the University of South Carolina and was honored to receive one of the university’s most prestigious teaching awards.

PA Weil shares, “My fall DMSc courses allowed me to explore my passion for team-based learning on a whole new level, and encouraged me to integrate more active-learning strategies throughout our didactic courses.” As a result, he became one of only six faculty members at the University of South Carolina to be awarded the Garnet Apple Award for Teaching Innovation.

PA Weil is a member of the current class of DMSc PA Education students, but his career in medicine began in the Army. “I joined (the Army) directly out of high school, and fortunately my scores allowed me to choose Army Medic as an option,” he explains. Within a year after joining, PA Weil found himself in the desert in Saudi Arabia, working as a medic, with a PA colleague. At that point, he decided on PA Medicine as a career path.

His clinical practice over the years has included urgent care, primary care, internal medicine, and most recently, several years of emergency medicine. He says that while the transition from practicing in the ER to academia was enormous, he wasn’t completely new to teaching. “I had been working as an Emergency Medicine preceptor for a time, for a couple of PA programs, and I had been teaching while I was also working in the Emergency Room. I had my toe in the water, but of course it was still a big transition,” he commented.

PA Weil has been with the University of South Carolina’s program since its inception in 2016. He became a new faculty member there, after more than a decade working in emergency medicine. PA Weil quickly progressed to be admissions director, then advanced to the position of didactic director in 2018, and then was promoted to associate program director in 2019. Along with completing his DMSc coursework, he is currently wearing two hats at work: didactic director and associate program director.

Of the University of Lynchburg’s DMSc program, PA Weil says the coursework has had a direct impact on his career and what he is doing day today. “What I have learned through the courses has translated extremely well into the classroom, emphasizing an evidence-based, student-centered focus,” he explains. “The DMSc program doesn’t just funnel students into one direction — rather, you learn teaching strategies that are immediately relatable, and there is also an emphasis on developing the leadership skills crucial for career advancement in the future,” he adds.

PA Weil wrote in an email to DMSc faculty, Dr. Mark Archambault, notifying him of his Garnet Apple Award for Teaching Innovation: “I am deeply honored to have won, and wanted to share this with you as it is a direct result of my Lynchburg DMSc projects and studies. With your guidance and support, I was able to provide evidence-based structure to the integration of student-centered instruction.” 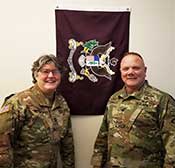