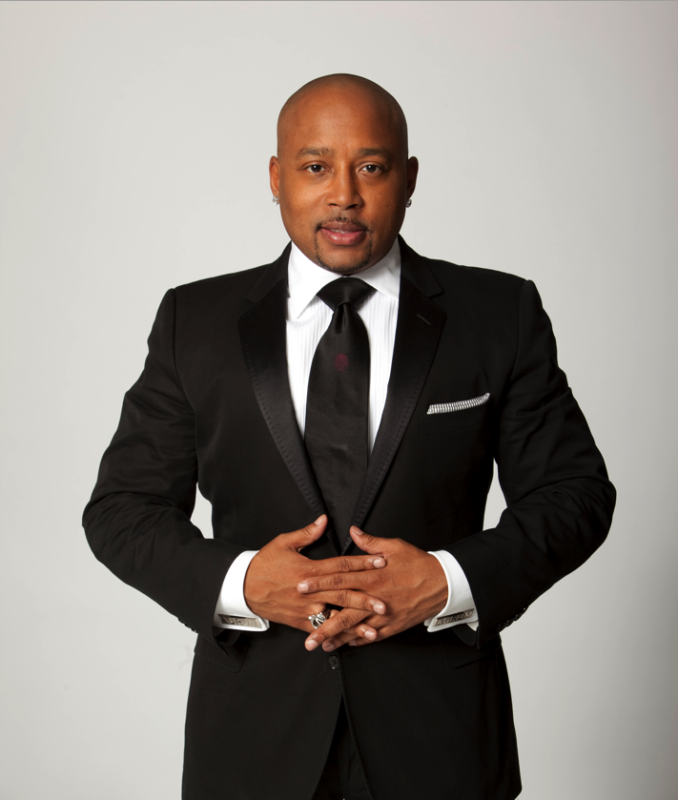 Brought to Lynchburg by the University of Lynchburg College of Business.

Where: Turner Gymnasium, University of Lynchburg

This event is free and open to the public, but tickets are required.

University of Lynchburg students, faculty, and staff can claim their priority tickets by going to the College of Business office on the third floor of Schewel Hall from 8:30 a.m. to 5 p.m. each day until October 31.

Members of the general public can reserve tickets on Eventbrite at this link.

Daymond John is a star of ABC’s “Shark Tank,” a business-reality show that has won four Emmy Awards and multiple Critic’s Choice Awards, and has made millions of dollars in investments.

He initially made his mark as the entrepreneur and branding expert behind the lifestyle brand FUBU, a company he started in the basement of his mother’s house in Queens. Since then, FUBU has led the streetwear market, eclipsing more than $6 billion in global retail sales.

John serves as CEO of The Shark Group, which specializes in brand strategy and development, artist relations and talent development. He is a New York Times bestselling author and a sought-after speaker who has delivered keynote speeches for dozens of organizations.

In 2015, he was named a Presidential Ambassador for Global Entrepreneurship and was part of an exclusive group that joined President Barack Obama at the Global Entrepreneur Summit in Kenya. In 2016, he accompanied President Obama on his historic trip to Cuba, the first time a sitting U.S. president had visited the island since 1928.

One of John’s proudest accomplishments, however, is his fight against dyslexia. He has worked with the Yale Center for Dyslexia, sits on the advisory board of Understood.org, and has embraced his affliction, allowing it to be a catalyst for his career.

The late Richard P. Gifford was a vice president for General Electric and a leader in the business, civic, educational, and religious life of the Lynchburg community. After his death, friends and business colleagues established in his honor and memory an endowment that brings to the University of Lynchburg and local community a series of outstanding and nationally recognized executives and scholars in business, leadership, and economics.

Learn more about the Richard P. Gifford Lecture Series and past speakers here.