The Daura Gallery has several exhibitions available for loan. For availability, fees, and restrictions please see the descriptions and details below.

If you need more information or have any questions, please contact Barbara Rothermel, Daura Gallery director, at 434.544.8343 or rothermel@lynchburg.edu. 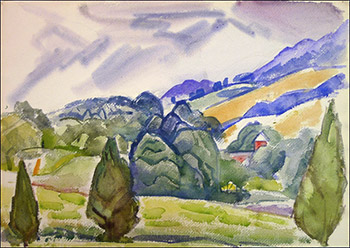 This exhibition includes landscapes executed during the period 1940-1970. It was during that time that Pierre Daura began the first of what would be a lifelong series of oils, watercolors and temperas depicting the Blue Ridge region of Virginia, which impressed him as being “grandiose as nothing I had ever known.”

The works demonstrate Daura’s deep involvement with the rural scene in all its aspects – such simple tasks as burning brush and plowing; houses, outbuildings and livestock of neighboring farms; moods of the changing seasons; and the landscape itself. 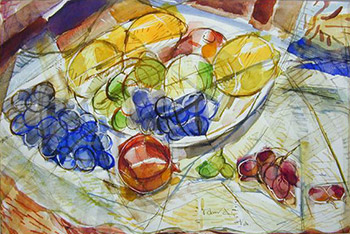 Exhibition Specifications (for both Daura exhibits): 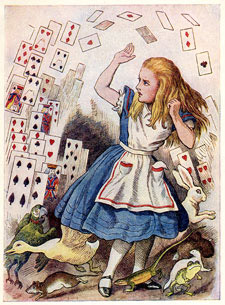 Sir John Tenniel’s illustrations brilliantly complement Lewis Carroll’s text for Alice’s Adventures in Wonderland (1865) and Through the Looking-Glass and What Alice Found There (1871) and have been acclaimed for their excellence ever since. Both of the Alice books were published during the Golden Age of book illustrating in England, and as one of Punch’s most adept cartoonists, Tenniel had the expertise and imagination to give visual form to the extraordinary world Carroll created in words.

Animation’s coolest anti-hero with the grooviest theme song ever… 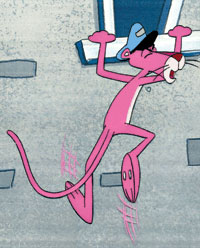 The Pink Panther was created by Friz Freleng for the opening title sequence of Blake Edwards’ 1963 film, The Pink Panther (MGM/United Artists), starring Peter Sellers as the bumbling Inspector Clouseau, out to catch the thief of a legendary diamond called the pink panther. Accompanied by Henry Mancini’s mod jazz beat, Freleng’s animated Pink Panther sauntered suavely across the silver screen, straight into superstar status. This hip cat of unparalleled sophistication debuted on NBC-TV in 1964, captivating audiences in 140 cartoon shorts. A second series debuted in 1984 and continued for the next decade. This exhibition is a blast from the past, spying on the Pink Panther as an example of popular culture while uncovering his contribution to 20th-century animation.

The Look of Mortality 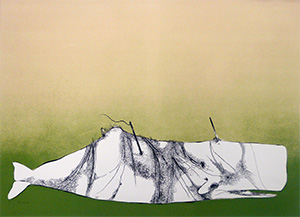 Leonard Baskins Prints from Moby Dick Arguably the greatest American novel, Moby-Dick combines sea-going adventure, revenge tragedy, psychological thriller, natural history lessons, and metaphysical speculation in an extraordinary exploration of the nature of human suffering and the limits of human knowledge. At its core is the tormented Captain Ahab, who having lost a leg to the great white whale on an earlier voyage, Ahab sets out to kill Moby Dick. Baskin ignored the novels many highly dramatic scenes. Instead, as in so many of his prints, he posed the whalers without distinguishing clothes or settings. The men stand before the viewers with the empty look of people, exposed and vulnerable, who face a harsh, unyielding universe. Baskin produced the eight Moby-Dick prints in 1970 and sold the set under the title Suite of Original Signed Lithographs.

Rockwell Kent: The Art of the Bookplate 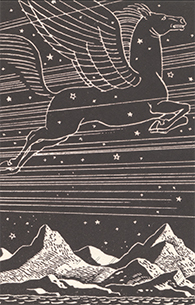 Rockwell Kent created one of the great bodies of work in American bookplate design. Intended to disappear inside the pages of a book, these bookplates are a little-known aspect of his graphic design. Kent possessed the rare combination of skills and strengths that defines a great bookplate artists: sustained mental discipline, technical prowess, intellectual resourcefulness and agility, and artistic capacity to compress an idea or an array of ideas into a small format.