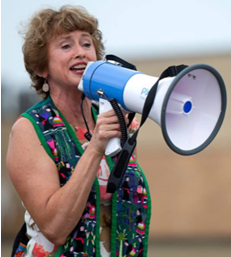 Born in the mountains of N.C., and spending her early years amid the influences of civil rights era conflicts in rural South Carolina, Sharon is Director of Refugee & Immigration Ministries (RIM) for the Christian Church (Disciples of Christ). She is an employee of Disciples Home Missions. RIM works to mobilize Disciples congregations around the country to offer hospitality to immigrants, provide refugee resettlement assistance to refugees, strengthen relationships of solidarity and advocacy with refugees and immigrants, and seek justice for farm workers. RIM’s office is located inside National City Christian Church, and works closely with 50+ national and interfaith partners through the Interfaith Immigration Coalition.

A nationally trained faith-based community organizer through the PICO (now “Faith in Action”) national network, Sharon serves as the Chair of the DC Cluster of Congregationss for the DVM Sanctuary Congregations Network. Prior to joining DHM, she lived nearly two decades in a low-income Southeast Asian refugee community in California nicknamed after a refugee camp in Thailand. She likewise served thousands of refugees annually as Founder and Executive Director for 19 years of the multi-cultural and ecumenical service and justice organization, Fresno Interdenominational Refugee Ministries, in California’s Central Valley. 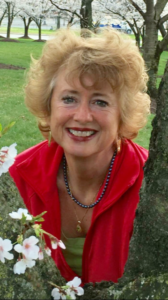 She has studied in Indonesia and China, has engaged in Laotian language learning, and has led mission trips for faith communities through Cambodia, Laos, Thailand, and Mexico. In recent years, she has also traveled to study refugee and migrant concerns–and faith responses to them–in the Middle East, North Africa, and Europe. Sharon maintains sanity and soul balance through daily running. She cherished many years as a Laotian Dance team member, loved learning Korean fan dancing, and enjoys the adventures she is constantly led into through her beagle’s ever-discovering nose! 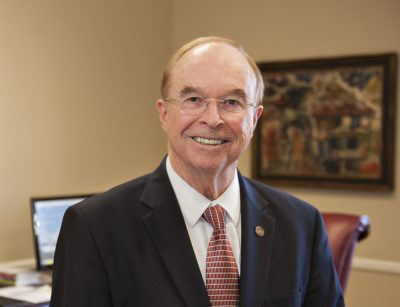 Dr. Kenneth R. Garren, president of the University of Lynchburg, will be the keynote speaker for both graduate and undergraduate Commencement in 2020.

Garren has been called an “architect, visionary, and champion for progress.” This description is apparent in his work for the University of Lynchburg and for higher education in general. His open, energetic, and student-centered leadership style is evident on campus and established him as a national leader in higher education.

He became the 10th president of Lynchburg College in 2001. He led the College through a time of tremendous growth, particularly in its graduate programs. As a result of the College’s expansion under Garren’s leadership, Lynchburg College became the University of Lynchburg in 2018, helping to ensure the institution’s reputation for academic excellence, including a broad curriculum and highly regarded graduate programs.

Under his leadership, the University of Lynchburg has grown its enrollment and created new, relevant academic programs that prepare students for a variety of professions. It also has reaffirmed its commitment to the liberal arts through the DELL General Education Program, launched in 2019, which integrates knowledge and skills from the liberal arts and sciences into a holistic education focused on student development.

The University also expanded physically, adding buildings such as Schewel Hall, Drysdale Student Center, the Belk Astronomical Observatory, and a new residence hall that opened in 2019. He oversaw the development of Vision 2020+, a strategic plan that emphasizes engaged learning and new facilities for science and athletics.

A native of Augusta Georgia, Dr. Garren earned his bachelor’s degree in mathematics from Roanoke College, his master’s degree from The College of William & Mary, and his PhD from Virginia Tech. He was a faculty member at Roanoke College for 34 years, serving as chief academic officer, associate dean, and professor of mathematics.

Prior to his academic career, Dr. Garren worked as an aerospace engineer in NASA’s Apollo and Gemini projects from 1962-67.