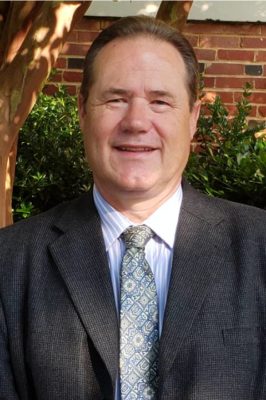 Francis previously served as the director of Secondary Programs and Career Technical Education (CTE) for Bedford County Public Schools and has 17 years of administrative experience.From 2000 to 2003, he was assistant principal at Jefferson Forest High School and, after that, became principal of the school until 2014.

According to The News-Gazette, Francis said during the announcement of his hiring, “I look forward to working with the school board, staff, students, and community to carry on the traditions of academic excellence and community pride in Buena Vista.”

In 1985, he received a Bachelor of Arts degree in biology from Randolph-Macon College. He later went on to achieve a master’s degree in education, and a Doctor of Education in leadership studies from Lynchburg.

“[The University of] Lynchburg values K-12 education, and it was evident when I met with professors to discuss the programs [that] there was a passion to grow school leaders,” Francis said. “The instructors possessed an abundance of real-world experience, and I felt that the program would prepare me to meet the challenges that a sitting superintendent would face. Both programs required me to broaden my horizons and develop my leadership skills.”