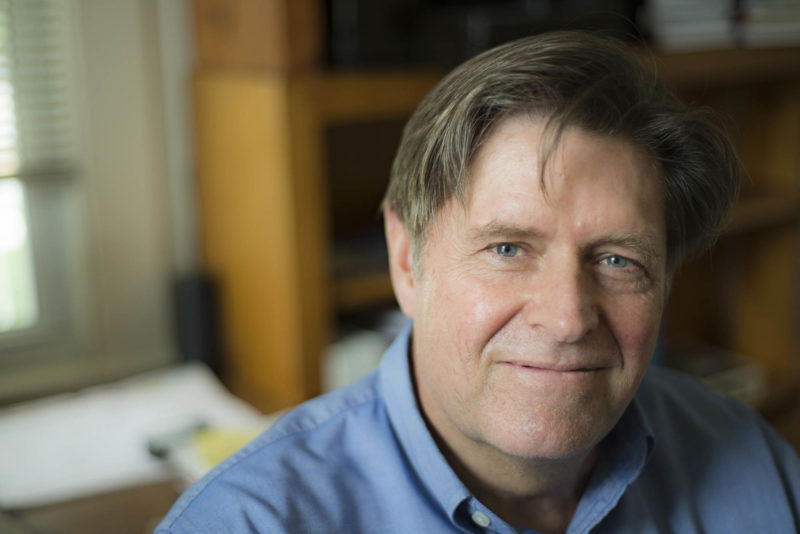 The University of Lynchburg was sad to learn of the death of Criminology Instructor Keith Smith, who passed away on Feb. 1 after a short illness.

Following a distinguished career in law enforcement where he fought crime on city streets, the jungles of Latin America, and deserts in the Middle East, Smith joined the faculty at Lynchburg in 2016.

“I got to know Keith during the new faculty orientation series, where he was so full of life and questions, wanting to always do what was best for his students,” Provost Dr. Allison Jablonski recalled. “He brought such life experience into the classroom. We are grateful to have worked with him for a few short years.”

At Lynchburg, Smith blended academics with his real-world experiences. He especially loved what he called “light bulb” moments — when his students made connections between different concepts and real life.

“I’m not just teaching,” Smith said in this 2017 story on the University of Lynchburg’s news website. “I can give people firsthand experiences regarding different careers when they’re considering what they want to do. They know what they’ve seen on TV; this is what I saw in real life.”

A News & Advance article that same year detailed his illustrious career before Lynchburg. “I used to teach Peruvians how to blow stuff up, and Guatemalans how to do river operations,” Smith told the paper. “I was never a traditional teacher.”

His unconventional background made for interesting conversations and it enriched Lynchburg’s curriculum. Over the past year, Smith helped create a new interdisciplinary program with Dr. David Richards, who chairs the University’s political science department, and history professor Dr. Brian Crim.

“[We] were the architects of the new intelligence studies major,” Richards said. “Keith’s vast knowledge and experience in the security studies field were invaluable in designing the major. He will be missed both as a colleague and a friend.”

Crim is grateful the collaboration allowed him to get to know Smith better, but sad that it ended so soon.

“I was looking forward to working with Keith for years to come, so this is a tremendous blow,” he said. “His life experience was so valuable and inspirational for students, many of whom decided to join our program just because of Keith’s involvement. He was creative, supportive, and always constructive with his colleagues and students.

“While I will miss him as a friend and colleague, I am saddened for the students who admired him and benefited from his active involvement in their success on campus.”

“Keith Smith was a hidden treasure,” McCabe said. “His background and his ability to apply his real-world experiences to the classroom helped to facilitate the success of our program. With oftentimes nearly 50 advisees, he spent hours discussing courses and future plans with his students.”

Smith’s short time at Lynchburg will leave a lasting presence not just in his students, but also in the places he came to love.

“He claimed that, although he had lived all over the world, one of his favorite places was the porch of the criminology house,” McCabe said. “I will continue to see him sitting on our porch and will miss his stories and his sense of humor every day.”

The University will remember Smith in a memorial service at 3 p.m. Friday, March 12, in Snidow Chapel. Due to COVID-19 restrictions and seating limitations, the service will be livestreamed.