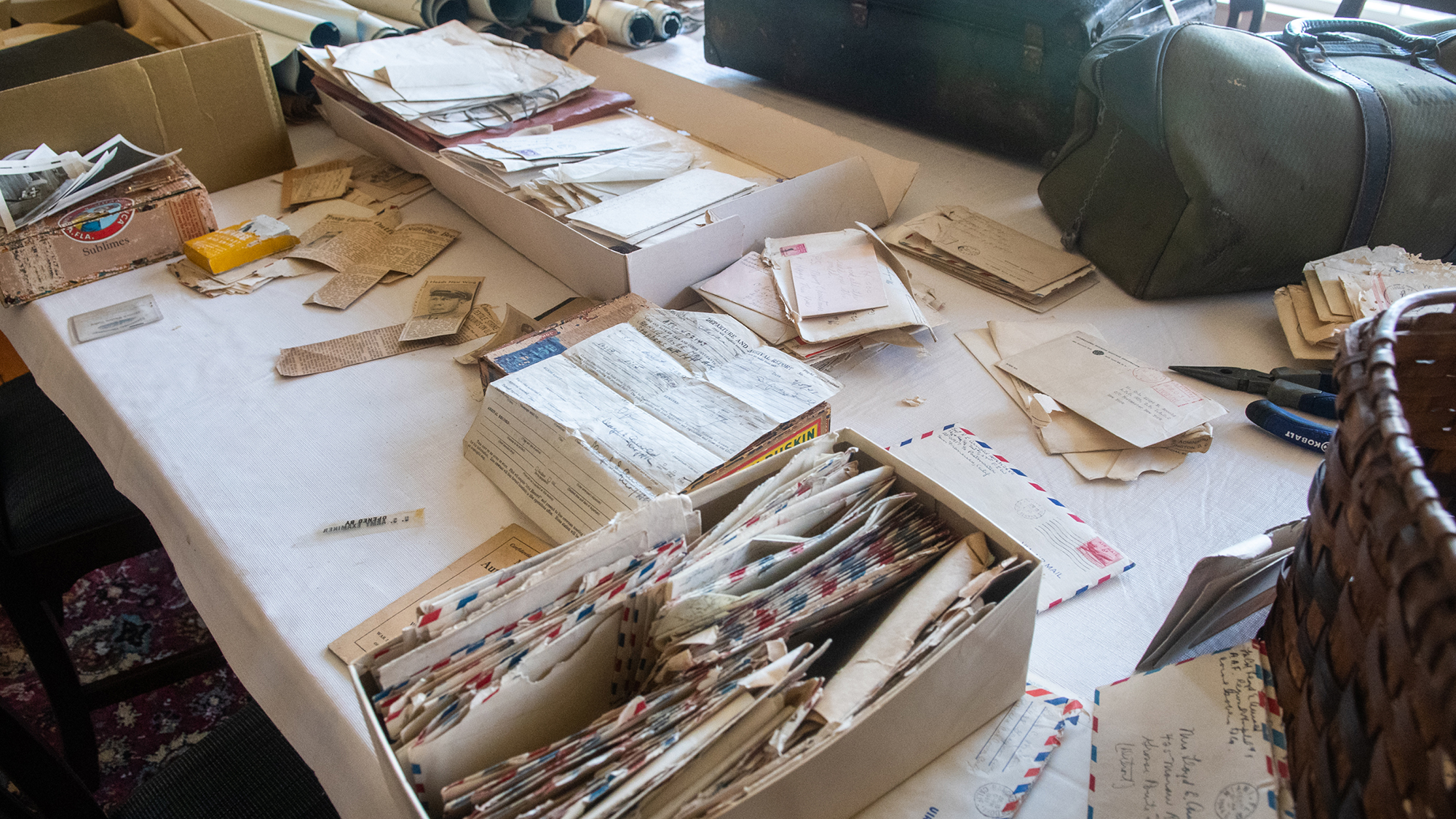 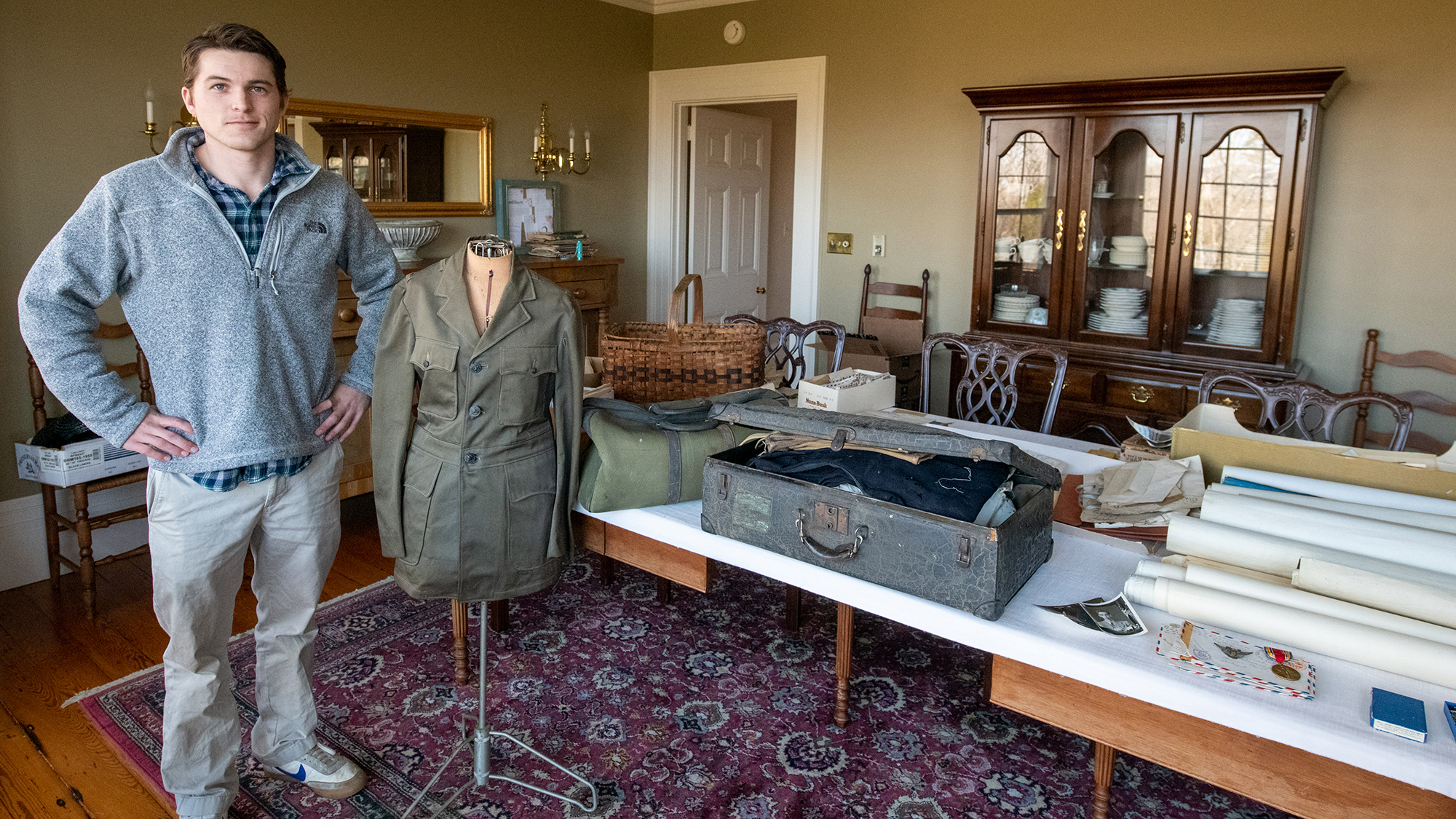 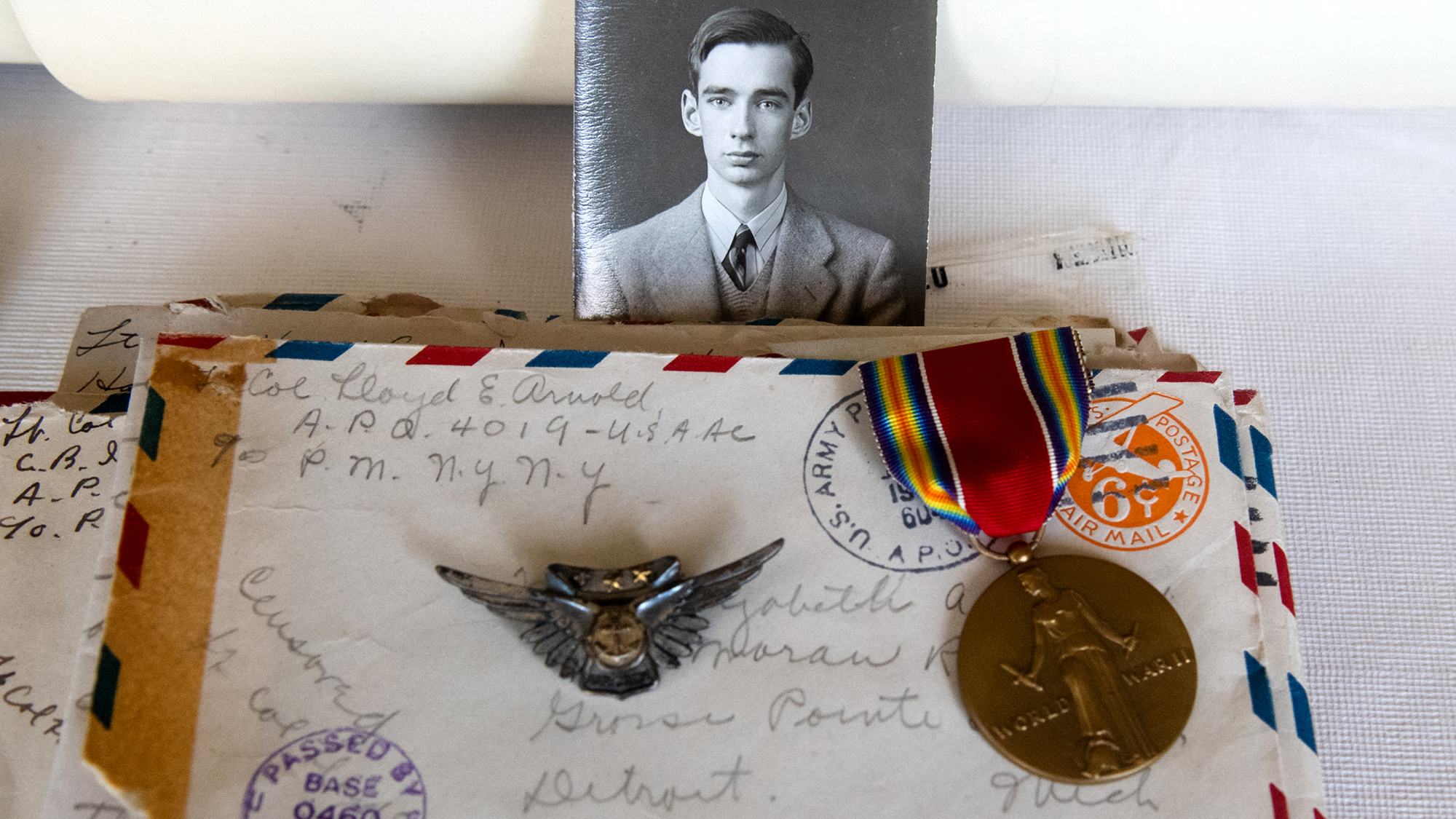 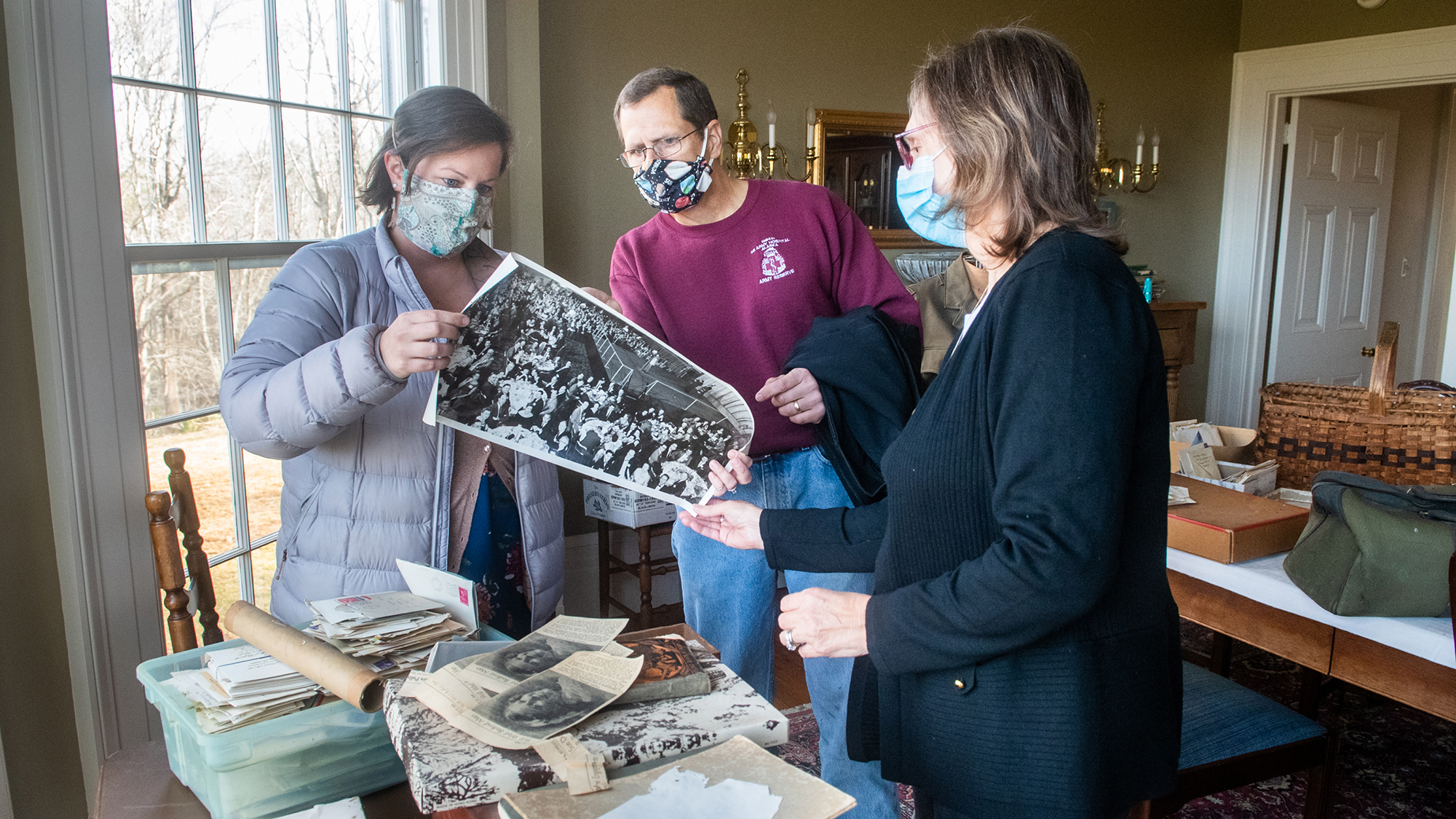 Maggy Liell had always known there was something hidden in the attic of the Cloverlea farmhouse, but it wasn’t until late 2020 that she fully realized what was up there. What Liell, the house caretaker, and the rest of the staff found at Cloverlea has the potential to transform the purpose of the house and open up a new reason for people to visit.

Hidden in the attic were caches of letters between Virginia Claytor and her father, Col. Lloyd Arnold, during his service in World War II. But that’s not all: Cloverlea staff also found Audobon bird prints, 1950s blueprints of the house, a mint-condition 1960s typewriter, and more. The Claytors were residents of the almost 200-year-old house just outside Bedford, Virginia. Today, the land on which Cloverlea sits is called Claytor Nature Center, a site for recreation and research such as this.

All of these historical finds are not just valuable to Cloverlea, but to current and future students of the University of Lynchburg as they provide a direct, tactile experience with history.

When history major Harry Hodgert ’22 came to Lynchburg, he knew he wanted to study history, but he didn’t know he would be able to experience it hands-on. Hodgert spent his past J-Term helping catalog the letters, military memorabilia from Virginia’s husband Boyd Claytor, and other related military items found in Cloverlea’s attic.

“At [Lynchburg], I can work directly with professors and work so closely with history,” he said. “I really like being able to touch history like this and have the hands-on experience that not a lot of other colleges offer.”

He found out about the Cloverlea project through Lynchburg history professor Dr. Brian Crim, with whom Hodgert chatted about pursuing an internship, maybe in WWII history. Hodgert hopes to continue the cataloging in the summer.

His catalog will also be useful to Lynchburg’s Knight-Capron Library, which is working on a digital showcase of the items so people don’t have to physically be at Cloverlea to view them.

Claytor Outreach Coordinator Trish Cerulli hopes the new project will rely on many different offices across the Lynchburg campus.

“We want to find useful ways for either the University community to appreciate some items or the wider community,” she said. 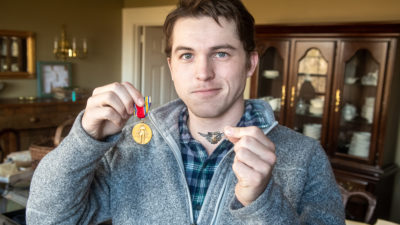 A few ideas she has are tapping the museum studies department to create displays for the found items and donating a few of Virginia Claytor’s clothing items to the theatre department.

The current plan is to group the items into themes and display them throughout the house. Cerulli described a “garden” room to display landscape architecture plans and the house’s blueprints; an “aviary” room to display Audubon and John Gould bird prints; a “debutante” room for Virginia’s old clothing, wedding invitations, and letterpress; a “recreation” room with old skis, board games, and a ukulele; and another room that would be a loose recreation of Boyd Claytor’s 1960s office at the Bedford flavoring company Southern Flavoring.

Boyd donated the 470-acre farm, Cloverlea, in 1998 to what was then Lynchburg College.

“Even if it seems quirky or doesn’t fit, it’s still a piece of the history. We want to create a little walking history tour,” Cerulli said.

Typically, Cloverlea is used for weddings, special events, or overnight guest trips. The new displays could open up another purpose for the house — as a museum.

“It has the potential to be an ongoing university treasure,” Cerulli said.