Since earning her Doctor of Medical Science degree from the University of Lynchburg in September, Lt. Col. Sharon Denson ’20 DMSc has continued to garner accolades as a U.S. Army medical professional.

This month, Denson, who currently serves in the U.S. Army Medical Command as an allied health 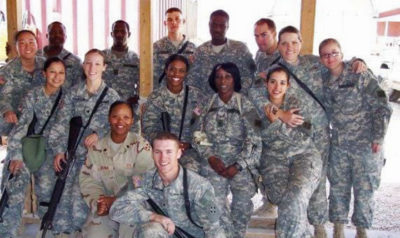 policy officer at Fort Sam Houston, Texas, was selected for the competitive Army Medical Department Long-Term Health Education and Training program. Her 12-month internship starts next summer and will include testing and evaluating medical materiel and equipment for deployable organizations in the Department of Defense.

“I’m extremely grateful to be one of the medical officers selected for this amazing opportunity,” Denson said.

The honor follows Denson’s recent award of the Army Surgeon General’s 9A Proficiency Designator, the highest recognition for professional excellence in the Army Medical Department. Candidates nominated for the honor must be eminently qualified to chair a department, division or service, or have attained full professional status and national prominence in their field.

Denson enlisted in the Army in 1989 and served nine years as an automated logistics specialist. She was a Distinguished Honor Graduate in Army Advanced Individual Training, inducted into the Sergeant Audie Murphy Club in 1997, and achieved the rank of sergeant first class before attending the Interservice Physician Assistant Program at Fort Sam Houston in 1999. 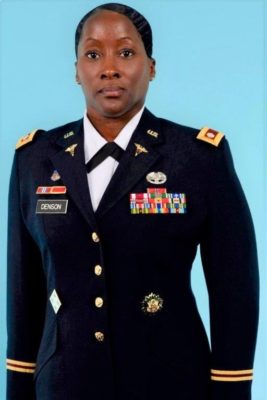 Her long career has shown her that physician assistants are uniquely qualified to thrive in a military environment.

“PAs are clinically proficient and board-certified medical professionals who deliver a unique skill set to support Army warfighters,” Denson explained. “We adapt to fluid and stressful situations in tactical, operational, and strategic environments. PAs apply critical and creative thinking to devise timely solutions to complex problems. We also possess multifunctional leadership skills that enable us to successfully perform in command and staff positions across the Army.”

For Denson, Lynchburg’s DMSc program was a perfect match, because it challenged her to take those skills a step further.

“The University of Lynchburg DMSc program was exactly what I needed,” Denson said. “It’s designed for PAs like me who desire to go beyond clinical practice and serve in a variety of roles and leadership positions, in administration or academia. The DMSc program has also strengthened my knowledge in research, disaster management, and global health. I could not believe how applicable the coursework was during the pandemic.”

Denson’s academic career began in 2003 with a Bachelor of Science in physician assistant studies from the University of Nebraska Medical Center. She commissioned as a second lieutenant in the Army Medical Specialist Corps and deployed immediately after graduation to Iraq, often supporting the maneuver units. After a redeployment in 2004, Denson completed a master’s in physician assistant studies at Nebraska.

She deployed again in 2005 as the senior medical officer and, after two combat tours, was reassigned as a surgeon and platoon leader from 2007 to 2011. Her numerous assignments since then have included serving in the Pentagon from 2013 to 2016. 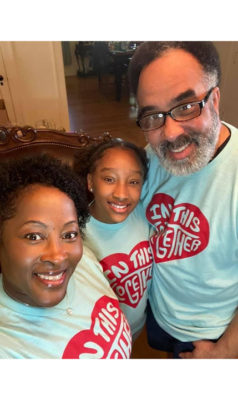 Among Denson’s awards and honors are two Bronze Stars, four Meritorious Service medals, and the AMEDD Order of Military Medical Merit. She is the membership director for the Society of Army Physician Assistants, East Texas’ military attaché for Zeta Phi Beta Sorority, and the corresponding secretary for Alpha Pi Zeta in San Antonio. She’s also an active member of the Junior League of San Antonio and one of the NCCPA Ambassadors for 2020-21.

A wife, mother of four, and grandmother, Denson isn’t showing any signs of slowing down anytime soon.

“I have one of the best professions in the world and I wake up every day to serve in the best Army in the world,” she said. “I’m determined to help advance the efforts of the PA profession and its relevance to the operational force. PAs are in high demand due to increasing Army medicine requirements, and I want to help fill those demands.”