Race, gender, and season get a closer look this year in criminology major Caitlin Dorsch’s Westover Honors thesis. The senior and Sommerville Scholar finalist is studying how all three aspects play into criminal convictions in the City of Lynchburg.

“I am hoping to determine a relationship between season of the year, the category of crime, and the race and gender of the offender using regression analyses,” said Dorsch, a Chesapeake, Virginia, native who minors in history and sociology. “I believe it will suggest possible criminological and sociological patterns based on perceptions and victimization of specific categories of crimes based on both seasonality and demography.” 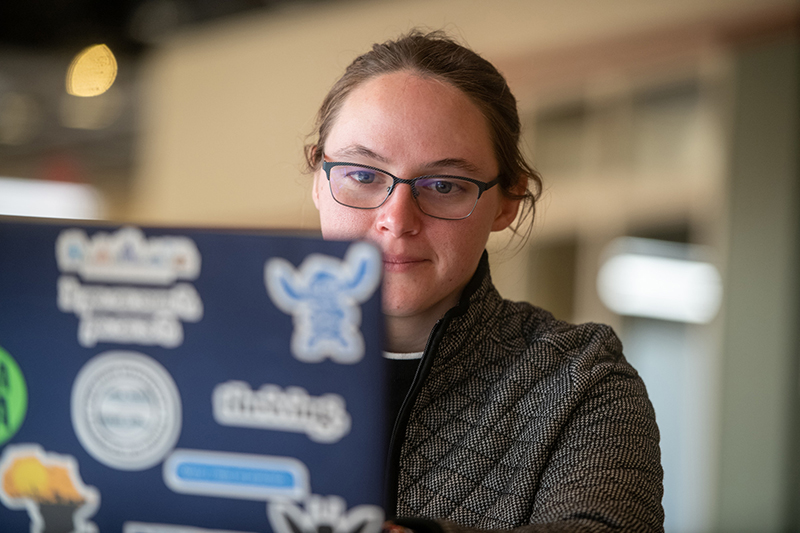 To dig through the numbers, Dorsch is using R-studio, a coding database for quantitative research. Dorsch’s advisor Michael Klein, an assistant professor in the Department of Criminology, taught her how to use the program.

So how does it all work?

Dorsch categorized each crime according to the type of crime, as well as the race and gender of the accused. Then she ran statistical tests to see which variables predicted different outcomes.

Overall, Dorsch looked at 34 categories of crime, including sex, assault, abduction, drugs, and murder. So far, she’s determined that gender and race both play a big part, and there is indeed a correlation to the time of year.

“My results show the significance of gender and race in many of the categories that I tested,” Dorsch said. Where gender was the only predictor variable, for example, most of the significant crimes occurred in the spring — but when looking at race, it was in the fall.

Dorsch is grateful for the faculty support at Lynchburg. Dr. Lindsay Parks Pieper, an associate professor of sport management, and Dr. Edward DeClair, associate professor of political science and dean of the Westover Honors College, both sit on her thesis committee and have helped her review literature and talk through the results.

It’s an ambitious project, DeClair noted, but he has no doubt in Dorsch’s abilities.

“Caitlin represents the rare undergraduate student who has the ability to balance effectively her co-curricular activities with her academic work,” he said.

There’s the study abroad service-learning program in Uganda and Kenya, which Dorsch participated in the summer after her first year. She also was a varsity soccer player for four years, and serves as the co-editor in chief for the student newspaper this semester. 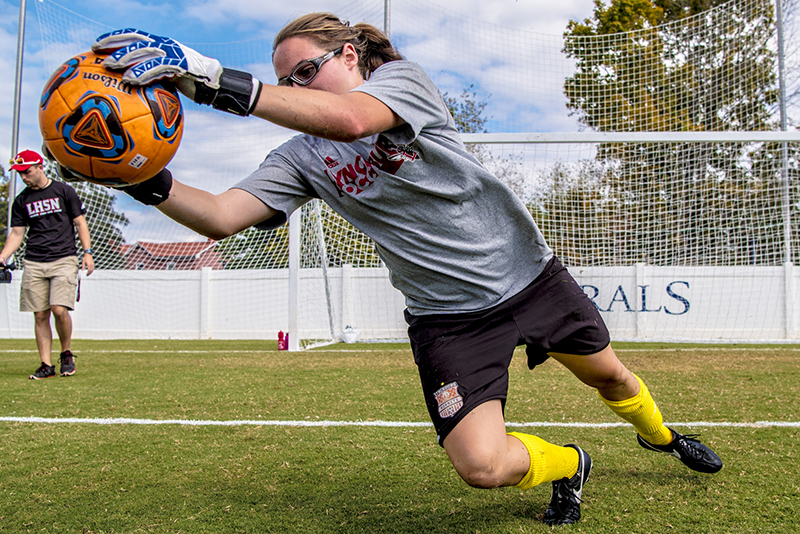 “Caitlin is one of the most engaged undergraduate students I have had the privilege of teaching,” Pieper said. “She is eager to learn about every topic, even when it does not align with her major or career aspirations.”

And because there’s always more to learn, Dorsch and Klein are starting a new manuscript focused on juvenile violence and behavior in Virginia high schools. “We use both behavioral and punishment variables from a dataset of all Virginia high schools to determine the effect of community disorder on school crime,” Dorsch said.

She hopes all of that research will give her a leg up in graduate school. Dorsch is currently applying to programs in criminology and criminal justice at institutions across the East Coast.

“My ultimate goal is to be able to continue conducting quantitative research while being able to teach at the university level,” she said.

She’s interested in the relationship between postmodern society and crime, particularly as it relates to race and gender. “I would love to focus on the intersectionality of gender and race in social structures, and how that leads to inequalities in the victimization of demographic groups of individuals,” Dorsch explained.

But her interest goes beyond just research. Dorsch has made it her mission to fight domestic violence, especially as it affects women.

A leader on and off the field, she’s president of the Student-Athlete Advisory Committee’s One Love sub-committee. The sub-committee conducts the One Love Event Escalation Workshop to bring awareness to interpersonal relationship violence, and the Step UP! Prosocial Bystander Intervention Training Program to teach individuals how to intervene to prevent domestic and sexual violence.

The sub-committee and the athletic department as a whole are currently working to raise awareness of interpersonal relationship violence in the local community and on campus, Dorsch said.

She hopes she’s inspired those who follow in her footsteps — on the soccer team and beyond.

“I’m proud of being able to leave my legacy on the team and for being given the opportunity to be a leader during my final year,” Dorsch said.

“My hope is that I’ve successfully been able to illustrate the impact of hard work, dedication, discipline, motivation, and, frankly, stubbornness to never give up — as well as the necessity of a caring, positive culture [in which we] hold each other accountable and build each other up.”